According to the National Association of Realtors, pending home sales in the U.S. fell in December 2019, taking a step back after increasing slightly in November 2019. Each of the four major regions reported a drop in month-over-month contract activity, with the South experiencing the steepest fall. However, year-over-year pending home sales activity was up nationally compared to one year ago.
The Pending Home Sales Index, a forward-looking indicator based on contract signings, fell 4.9% to 103.2 in December. Year-over-year contract signings increased 4.6%. An index of 100 is equal to the level of contract activity in 2001.

"Mortgage rates are expected to hold under 4% for most of 2020, while net job creation will likely exceed two million," said Lawrence Yun, NAR's chief economist. While he noted that these factors are promising for the housing market, Yun cautioned that low inventory remains a significant longer-term concern.

"Due to the shortage of affordable homes, home sales growth will only rise by around 3%," Yun predicted. "Still, national median home price growth is in no danger of falling due to inventory shortages and will rise by 4%. The new home construction market also looks brighter, with housing starts and new home sales set to rise 6% and 10%, respectively."

Pointing to data from active listings at realtor.com®, Yun says the markets where listing prices are around $250,000 - an affordable price point in most markets nationally - are drawing some of the most significant buyer attention, including Fort Wayne, Ind., Burlington, N.C., Topeka, Kan., Pueblo, Colo., and Columbus, Ohio.

"The state of housing in 2020 will depend on whether home builders bring more affordable homes to the market," Yun said. "Home prices and even rents are increasing too rapidly, and more inventory would help correct the problem and slow price gains." 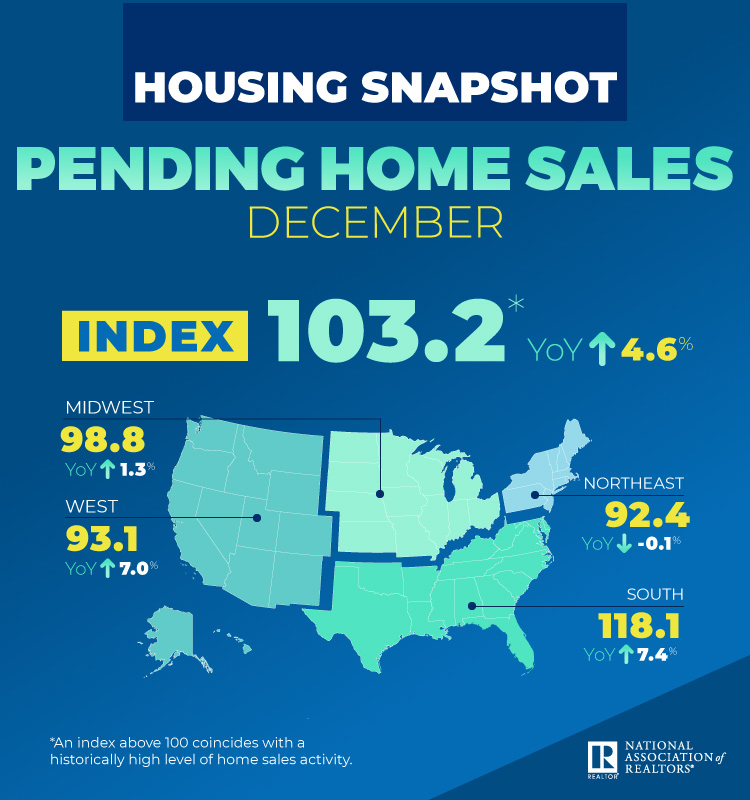