According to the National Association of Realtors, pending home sales dipped for a second straight month in February 2021. Each of the four major U.S. regions witnessed month-over-month declines in February, while results were mixed in the four regions year-over-year.

The Pending Home Sales Index, a forward-looking indicator of home sales based on contract signings, dropped 10.6% to 110.3 in February 2021. Year-over-year, contract signings fell 0.5%. An index of 100 is equal to the level of contract activity in 2001.

"The demand for a home purchase is widespread, multiple offers are prevalent, and days-on-market are swift but contracts are not clicking due to record-low inventory," said Lawrence Yun, NAR's chief economist.

"Only the upper-end market is experiencing more activity because of reasonable supply," he continued. "Demand, interestingly, does not yet appear to be impacted by recent modest rises in mortgage rates."

According to Yun, even with rising mortgage costs, rates are expected to remain relatively low at no more than 3.5% in 2021. He says the rates are still advantageous to both prospective buyers and to current homeowners who are contemplating refinancing.

Nationally, homes priced at above $250,000 have largely been driving home sales for the last several months. However, Yun indicates that even homes priced above $500,000 to less than $1 million are subject to the same low-inventory dilemma.

"Potential buyers may have to enlarge their geographic search areas, given the current tight market," Yun said. "If there were a larger pool of inventory to select from - ideally a five- or a six-month supply - then more buyers would be able to purchase properties at an affordable price."

Realtor.com's Housing Market Recovery Index, which reveals metro areas where the market has recovered or even exceeded prior trends, showed Austin, Texas; Denver, Colo.; Riverside, Calif.; Portland, Ore.; and Phoenix, Ariz., achieved the most significant recovery as of March 6, 2021. 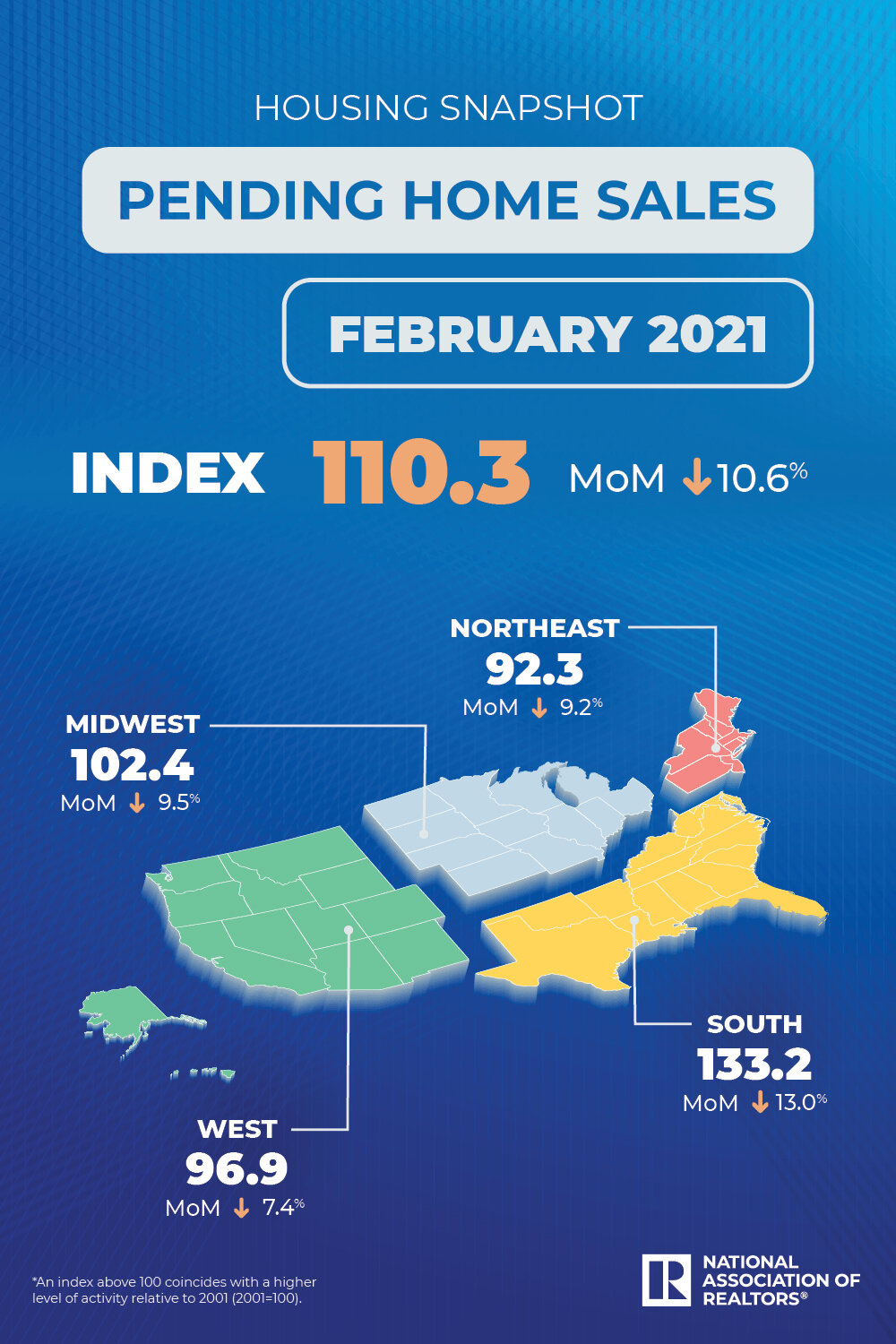