According to the National Association of Realtors, pending home sales continued to ascend in June, 2020 sustaining two consecutive months of increases in contract activity.

Each of the four major regions experienced growth in month-over-month pending home sales transactions, while the Northeast was the only region to not record increases in year-over-year pending transactions.

The Pending Home Sales Index (PHSI), a forward-looking indicator of home sales based on contract signings, rose 16.6% to 116.1 in June. Year-over-year, contract signings rose 6.3%. An index of 100 is equal to the level of contract activity in 2001.

"It is quite surprising and remarkable that, in the midst of a global pandemic, contract activity for home purchases is higher compared to one year ago," said Lawrence Yun, NAR's chief economist. "Consumers are taking advantage of record-low mortgage rates resulting from the Federal Reserve's maximum liquidity monetary policy."

In light of the apparent housing market turnaround, NAR has raised its forecast for the market. For all of 2020, existing-home sales are expected to decline by only 3%, with sales ramping up to 5.6 million by the fourth quarter. New home sales are projected to rise by 3%.

Yun expects that the positive GDP growth of 4% in 2021 will boost both existing and new home sales, which he forecasts to grow by 7% and 16%, respectively. Mortgage rates are anticipated to stay at near 3% over the next 18 months. Home prices will likely appreciate 4% in 2020, before moderating to 3% in 2021 as more new supply reaches the market, according to Yun.

The month of June saw each of the four regional indices rise on a month-over-month basis, marking two consecutive months of such gains.

"The Northeast's strong bounce back comes after a lengthier lockdown, while the South has consistently outperformed the rest of the country," Yun said. "These remarkable rebounds speak to exceptionally high buyer demand."

Yun says that as house hunters seek homes away from bigger cites - likely in an effort to avoid the coronavirus - properties that were once an afterthought for potential buyers are now growing in popularity.

According to data from realtor.com, metros with suburbs that most recently saw the highest gains in hotness rankings include Columbia, S.C.; Little Rock, Ark.; Greensboro, N.C.; Tulsa, Okla.; and Cape Coral, Fla.

"While the outlook is promising, sharply rising lumber prices are concerning," Yun said. "A reduction in tariffs - even if temporary - would help increase home building and thereby spur faster economic growth." 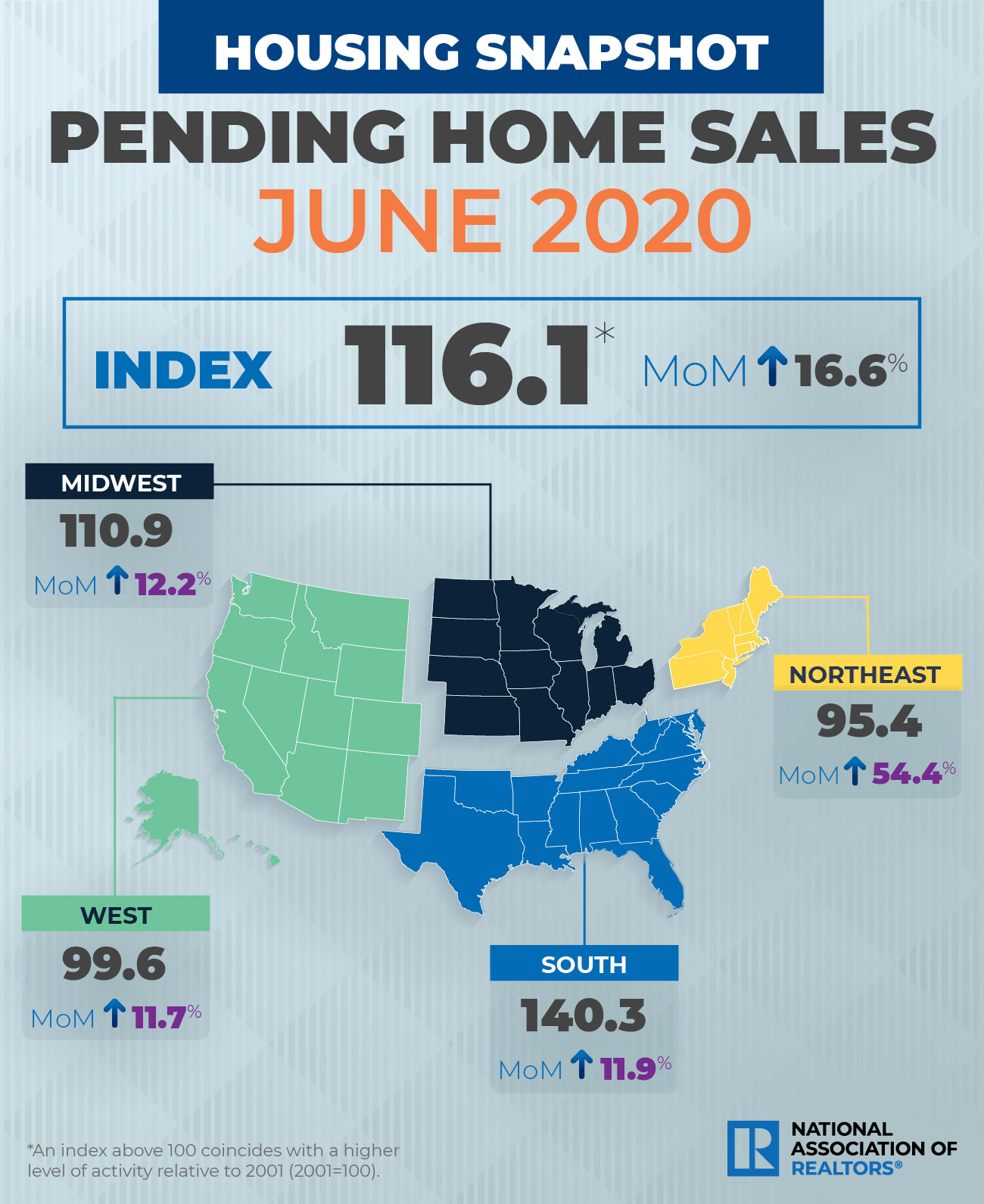