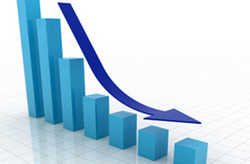 Based on Trepp's CMBS Delinquency Report released today, the delinquency rate in November for U.S. commercial real estate loans in CMBS fell 26 basis points to 9.51%. This was the second biggest drop in 2011, surpassed only by August's 36 point drop. The rate has now fallen in four of the eleven months of 2011. The value of delinquent loans is now $58.5 billion.

The delinquency rate is expected to rise in coming months, however, as the 2007 vintage loans that were originated under the weakest underwriting standards start to reach their five-year balloon maturity dates.  This will add to the stress that is being put on the delinquency rate by the slow-down in CMBS issuance.

"It is quite possible that this will represent the best reading for a while. With the first of the dreaded 2007 vintage loans starting to mature, severe upward pressure will be put on the rate over the next few months" said Manus Clancy, senior managing director of Trepp.  "Even if the 2007 vintage is only 'as bad' as the 2006 vintage has been, the rate could easily go up 75 basis points.  So for now, further improvements in the delinquency rate could be elusive."