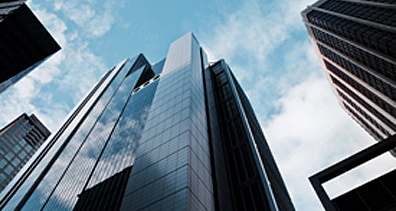 According to a new report by the National Association of Realtors (NAR), the U.S. commercial real estate market is stabilizing as demand grows.

Lawrence Yun, NAR chief economist, said job creation will be the biggest factor moving forward.  "Job growth creates demand for commercial space, and the economy should be adding between 1.5 million and 2 million jobs annually both this year and in 2012, with the unemployment rate falling to 8.0 percent by the end of next year," he said.  "Given the minimal new supply in recent years, the rising demand means vacancy rates will be trending down in the commercial real estate sectors.  Individual markets are now stabilizing and in some cases rising."

The Society of Industrial and Office Realtors, in its SIOR Commercial Real Estate Index, an attitudinal survey of more than 360 local market experts, shows a firming up of market fundamentals.

The SIOR index, measuring the impact of 10 variables, rose 6.8 percentage points to 57.5 in the first quarter, the highest since the fall of 2008.  The Northeast and South drove improvements in market conditions.  Vacancy rates are improving, but concessions continue to make it a tenant's market.

Although the SIOR index remains notably lower than a level of 100 that represents a balanced marketplace, this is the sixth consecutive quarterly improvement after almost three years of decline.  The last time the index was at 100 was in the third quarter of 2007.

A separate NAR commercial lending survey shows 65 percent of Realtors report lending conditions have tightened thus far in 2011, and six out of 10 failed to complete a transaction this year due to financing problems.  Regional banks provide the majority of commercial loans, followed by private investors.  National banks are a distant third.

The multifamily sector is the only area that has clearly turned the corner, resulting in consistently falling vacancy rates and rising rents.  "Solid rises in apartment rents will force some renters to consider home ownership," Yun said.

The markets with the lowest office vacancy rates currently are Honolulu and New York City, each with vacancies below 9 percent.

Office rents are projected to rise 0.3 percent this year and another 4.3 percent in 2012.  In 57 markets tracked, net absorption of office space, which includes the leasing of new space coming on the market as well as space in existing properties, is likely to be 26.6 million square feet in 2011.

At present, the areas with the lowest industrial vacancy rates are Los Angeles and Salt Lake City, with vacancies in the 7 to 8 percent range.

Annual industrial rent should decline 1.5 percent in 2011 before rising 2.0 percent next year.  Net absorption of industrial space in 58 markets tracked is seen at 126.1 million square feet in 2011.

Markets with the lowest retail vacancy rates currently include Honolulu; Long Island, N.Y.; and San Jose, Calif., all with vacancies below 8 percent.

Average retail rent is expected to decline 1.4 percent in 2011, and then rise 0.7 percent next year.  Net absorption of retail space in 53 tracked markets is projected to be 5.4 million square feet in 2011.

The apartment rental market - multifamily housing - is continuing to tighten as household formation grows.  Multifamily vacancy rates should drop from 5.8 percent in the current quarter to 4.7 percent in the second quarter of 2012.

Areas with the lowest multifamily vacancy rates presently are Pittsburgh; San Jose, Calif.; and Portland, Ore., with vacancies below 3 percent. 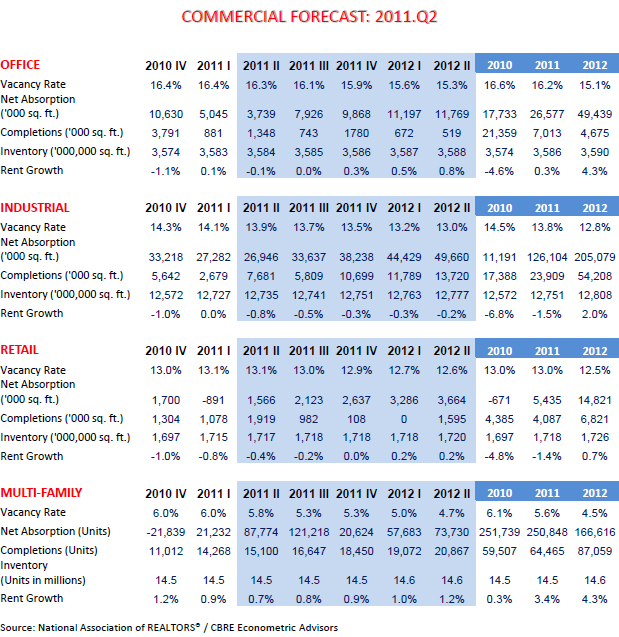 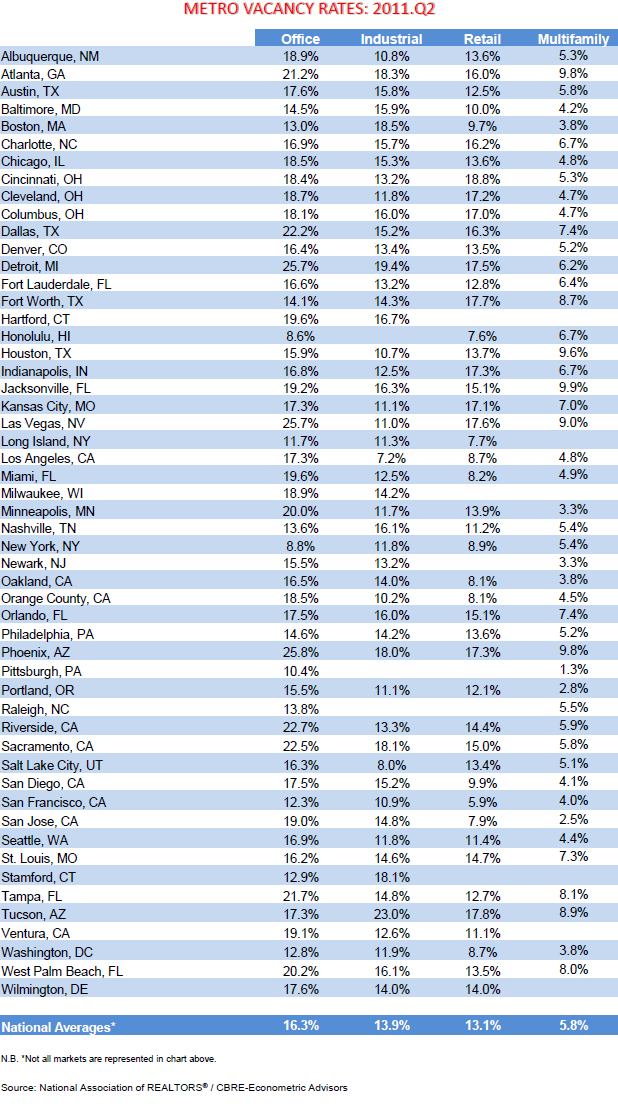