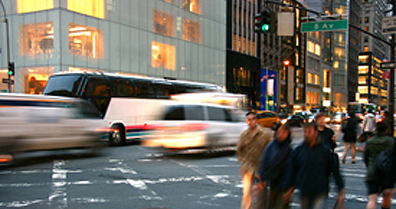 Based on new research from CBRE Group, New York City remains the world's most expensive shopping destination as retailers focus on the major fashion capitals, but as the Eurozone crisis continues to impact consumer confidence; rents have leveled off in all global regions in the third quarter of 2011.

"Retailers continued to expand their store networks to gain market share during the third quarter despite concerns regarding consumer confidence," said Anthony Buono, CBRE Executive Managing Director of Retail Services. "In particular, Asia has seen significant levels of occupier demand in destinations such as Singapore, China and India, while retailers in the U.S. and Western Europe have   generally remained more cautious."

New York's Fifth Avenue remains the world's most expensive shopping destination, with rents remaining constant at US$1,900 per sq. ft. per annum. The CBRE survey of the world's most expensive global retail cities saw little change in Q3 2011 compared to the previous quarter. Hong Kong (US$1,695 sq. ft. per annum) remained the second-most-expensive retail market, with annual rents in 2011 rising by 52.8%.

Total retail rents at a global level were broadly flat quarter on quarter (-0.6%) in Q3 2011, with the Americas seeing a fall of 2.0% and rents unchanged in the Asia Pacific and Europe, Middle East, and Africa (EMEA) regions. This represents a significant slowdown from earlier in the year, as retailers take a more cautious approach to expansion.

"In spite of the uncertain economic outlook, retailers continue to expand their store networks," said Ray Torto, CBRE's Global Chief Economist. "The emerging markets, particularly Asia, provide attractive opportunities for growth, although prime locations in Europe's biggest cities are also attracting a high level of occupier demand, as consumers increasingly target major destinations with the widest choice of retailers. Overall, however, retailers have been taking a more cautious approach to expansion, resulting in flat rental growth across the globe in the third quarter--a considerable slowdown from earlier in the year."