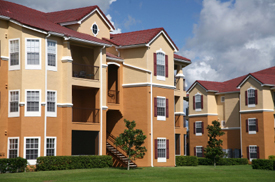 According to a new report from the National Association of Realtors (NAR), many commercial real estate markets in the U.S. are flattening out in late 2010, with modestly improving fundamentals expected in 2011.

Yun anticipates a rise in household formation from an improving economy, which will increase demand for housing, both ownership and rental.  "Multifamily housing is the one commercial sector that has held on relatively well in the past year, and can expect the best performance in 2011," he added.

"Apartment rents could rise by 1 to 2 percent in 2011, after having fallen in 2009 and no growth in 2010," Yun said.  "This rent rise therefore could start to force up broader consumer prices as well."  He noted that the housing shelter cost of primary rent, and owner's rental equivalence, is the biggest component in the Consumer Price Index (CPI), accounting for 32 percent of its total weight.

The Society of Industrial and Office Realtors, in its SIOR Commercial Real Estate Index, an attitudinal survey of more than 400 local market experts, shows vacancy rates are slowly improving, but  rents continue to be soft with elevated levels of subleasing space on the market.

The SIOR index, measuring the impact of 10 variables, rose 1.6 percentage points to 42.6 in the third quarter, but remains well below a level of 100 that represents a balanced marketplace.  This is the fourth straight quarterly improvement following almost three years of decline.

The last time the commercial market was in equilibrium at the 100 level was in the third quarter of 2007; the index now matches where it was at the beginning of 2009.   Fifty-nine percent of respondents expect improvements in the office and industrial sectors in the current quarter.

Commercial real estate development continues at stagnant levels with little investment activity, but is beginning to pick up in many parts of the country.

Vacancy rates in the office sector, where a large volume of sublease space remains on the market, are forecast to decline from 16.7 percent in the current quarter to 16.4 percent in the fourth quarter of 2011, but with very little change during in the first half of the year.

The markets with the lowest office vacancy rates currently are New York City and Honolulu, with vacancies around 9 percent.  All other monitored markets have double-digit vacancy rates.

Annual office rent is expected to decline 1.8 percent this year, and then slip another 1.6 percent in 2011.  In 57 markets tracked, net absorption of office space, which includes the leasing of new space coming on the market as well as space in existing properties, should be a negative 3.7 million square feet this year and then a positive 16.4 million in 2011.

Industrial vacancy rates are projected to decline from 13.9 percent currently to 13.2 percent in the closing quarter of 2011.

At present, the areas with the lowest industrial vacancy rates are Los Angeles, Salt Lake City and Kansas City, with vacancies in the 8 to 10 percent range.

Annual industrial rent is likely to fall 4.0 percent this year, and decline another 3.4 percent in 2011.  Net absorption of industrial space in 58 markets tracked should be a negative 25.1 million square feet this year and a positive 134.0 million in 2011.

Markets with the lowest retail vacancy rates currently include San Francisco; Orange County, Calif.; and Honolulu, with vacancies in the 7 to 8 percent range.

Average retail rent is seen to drop 3.4 percent in 2010 but largely stabilize next year, slipping 0.3 percent in 2011.  Net absorption of retail space in 53 tracked markets is projected to be a negative 0.5 million square feet this year and then a positive 5.0 million in 2011.

The apartment rental market - multifamily housing - is expected to get a boost from growth in household formation.  Multifamily vacancy rates are forecast to decline from 6.4 percent in the current quarter to 5.8 percent in the fourth quarter of 2011.

Areas with the lowest multifamily vacancy rates presently are San Jose, Calif.; Miami; Boston; and Portland, Ore., with vacancies in a range around 4 percent. Average apartment rent is likely to rise 0.2 percent this year and another 1.4 percent in 2011.  Multifamily net absorption should be 85,200 units in 59 tracked metro areas this year, and another 147,000 in 2011.