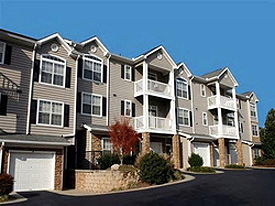 "Borrowing remains light as few commercial property owners are selling or refinancing their properties unless they have to," said Jamie Woodwell, MBA's Vice President of Commercial Real Estate Research.  "Life insurers, CMBS conduits and others are back in the market and lending, and rates are at extremely attractive levels. However, low volumes of property sales, depressed property values, stressed cash flows and modest loan maturities are all keeping borrowing to a minimum."

Among the key findings in the report are:

Among investor types, loans for conduits for CMBS saw an increase of 173 percent compared to last year's second quarter.  There was also a 148 percent increase in loans for life insurance companies, a 12 percent decrease in loans for commercial bank portfolios, and the dollar volume of loans for Government Sponsored Enterprises (or GSEs - Fannie Mae and Freddie Mac) saw a decrease of 55 percent.