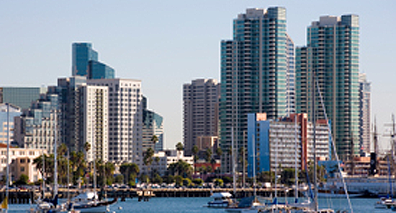 According to the California Association of Realtors (CAR), California home sales posted a marginal increase in October and also were above year-ago levels.

Closed escrow sales of existing, single-family detached homes in California edged up to a seasonally adjusted 493,240 units in October, up 0.9 percent from a revised 488,700 in September, according to information collected by C.A.R. from more than 90 local Realtor associations and MLSs statewide.

October home sales also were up 8.5 percent from the revised 454,740 units sold during the like period a year ago.  The statewide sales figure represents what would be the total number of homes sold during 2011 if sales maintained the October pace throughout the year.  It is adjusted to account for seasonal factors that typically influence home sales.

"Based on preliminary analysis, it appears that the lower conforming loan limits has had a cooling effect on home sales in October, particularly in the higher cost markets across the state, such as the San Francisco Bay Area and coastal regions of Southern California," said C.A.R. President LeFrancis Arnold.  "This evidence supports the need for reinstating the higher loan limits while the housing market is in transition to recovery," said Arnold.

Other key facts of C.A.R.'s resale housing report for October 2011 include:

"While October's sales were on track with expectations, the month-to-month drop in the median price was larger than usual for this time of year," said C.A.R. Vice President and Chief Economist Leslie Appleton-Young.  "Because of the lower Fannie, Freddie, and FHA conforming loan limits, some buyers purchased less expensive homes so that their mortgages would meet the criteria for the lower limit, while others were unable to qualify for nonconforming loans that typically have higher down payment requirements and higher mortgage rates.  The resulting change in the mix of sales drove down October's median price."