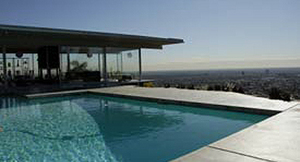 California pending home sales climbed 3.1 percent in October and was up from a year ago, according to C.A.R.'s Pending Home Sales Index (PHSI).  The index was 122.0 in October, based on contracts signed in that month, up from September's index of a revised 118.2.  The index also was up 10.7 percent from October 2010.  October marked the sixth consecutive month that pending sales rose from the previous year.  Pending home sales are forward-looking indicators of future home sales activity, providing information on the future direction of the market.

"October's increase in pending sales is encouraging, especially the six straight months of year-over-year increases," said C.A.R. President LeFrancis Arnold.  "Despite all the challenges the housing market has faced this year, California home sales continue to perform modestly well and should be on pace to match or better last year's level."