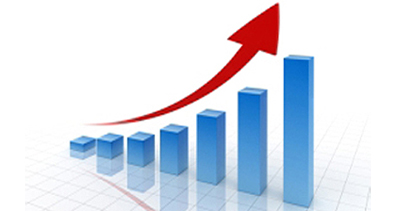 
According to S&P/Case-Shiller  Home Price Indices, U.S. home prices enjoyed a fourth consecutive month of increases for the 10- and 20-City Composites, with both up 0.9% in July over June.

Seventeen of the 20 MSAs and both Composites posted positive monthly increases; Las Vegas and Phoenix were down over the month and Denver was unchanged. On an annual basis, Detroit and Washington DC were the two MSA that posted positive rates of change, up 1.2% and 0.3%, respectively.

The remaining 18 MSAs and the 10- and 20- City Composites were down in July 2011 versus the same month last year. After three consecutive double-digit annual declines, Minneapolis improved marginally to a decline of 9.1%, which is still the worst of the 20 cities.

The chart above depicts the annual returns of the 10-City and the 20-City Composite Home Price Indices. In July 2011, the 10- and 20-City Composites recorded annual returns of -3.7% and -4.1%, respectively. Both Composites and 14 MSAs - Boston, Charlotte, Chicago, Cleveland, Dallas, Denver, Detroit, Las Vegas, Miami, Minneapolis, Phoenix, Portland, Tampa, and Washington DC - saw their annual rates improve in July compared to June.

"With July's data we are seeing not only anticipated monthly increases, but some fairly broad improvement in the annual rates of change in home prices," says David M. Blitzer, Chairman of the Index Committee at S&P Indices. "This is still a seasonal period of stronger demand for houses, so monthly price increases are expected and were seen in 17 of the 20 cities. The exceptions were Las Vegas and Phoenix where prices fell, while Denver was flat. The better news is that 14 of 20 cities and both Composites saw their annual rates of change improve in July.

"While we have now seen four consecutive months of generally increasing prices, we do know that we are still far from a sustained recovery. Eighteen of the 20 cities and both Composites are showing that home prices are still below where they were a year ago. The 10-City Composite is down 3.7% and the 20-City is down 4.1% compared to July 2010. Continued increases in home prices through the end of the year and better annual results must materialize before we can confirm a housing market recovery.

"As with May and June's reports, we saw some unusually large revisions across some of the MSAs. In particular, Detroit was most affected in July, with the revisions showing a much healthier market than previously thought. Our sales pairs data indicate that this market reported a lot more sales in May and June, which caused the revisions. As we have indicated before, when sales volumes are relatively low and the ratios of distressed-to-non-distressed sales are changing rapidly, revisions are more noticeable. These factors likely contributed to the revisions we saw not just in Detroit, but in many of the MSAs over the past few reports.

"Other recent housing statistics show that single-family housing starts were down slightly in August, and are about 2% below their year ago level; and these levels are at 30-year lows. Existing-home sales, however, were up in August and are about 20% above their August 2010 level. The S&P/Experian Consumer Credit Default indices showed a continuing decline in mortgage default rates, a two-year trend. However, if you look at the state of the overall economy and, in particular, the recent large decline in consumer confidence, these combined statistics continue to indicate that the housing market is still bottoming and has not turned around."

As of July 2011, 17 of the 20 MSAs and both Composites posted positive monthly changes. Denver was flat. Las Vegas and Phoenix were marginally down over the month, with Las Vegas down by 0.2% and Phoenix down 0.1%. Las Vegas was the only city that posted a new index level low in July 2011. It is now 59.3% below its August 2006 peak.

The table below summarizes the results for July 2011. The S&P/Case-Shiller Home Price Indices are revised for the 24 prior months, based on the receipt of additional source data.