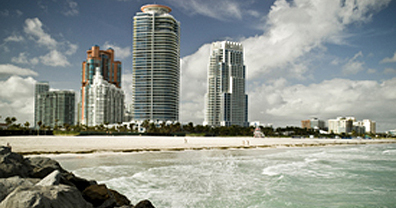 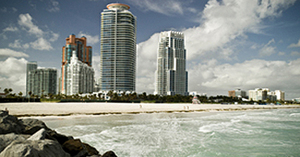 The total number of listings, including single-family homes and condominiums, that pended during the month of October increased 26 percent, from 2,861 in October 2010 to 3,609 last month.  Compared to the previous month, pended sales increased .22 percent.   Single-family home and condominium sales that pended during the month increased 27 percent and 26 percent respectively compared to the previous year.

"In Miami, where market performance has outpaced the nation, strong pending sales activity has mirrored robust closed sales figures due to international buyers who mainly pay all cash and are not impacted by mortgage financing issues," said Jack H. Levine, 2011 chairman of the board of the Miami Association of Realtors.  "However in other parts of the country factors such as stronger underwriting standards and appraisal issues are impeding closings that are much more dependent on financing."

"In addition to the unyielding demand from foreign buyers that has boosted the local market and resulted in Miami outperforming the nation, there is also increasing demand from domestic buyers," said 2011 Miami Association of Realtors Residential President Ralph E. De Martino.  "Domestic buyers are now accounting for a higher percentage of closed sales.  In addition, the stronger rental rates have resulted in strong demand for rental properties, which is putting increased pressure on the greatly reduced inventory of properties for sale."

Nationally, the Pending Home Sales Index, a forward-looking indicator based on contract signings, increased 4.6 percent to 10.4 in October from 84.5 in September, according to the National Association of Realtors. The index is 9.2 percent higher than the 85.5 index reported in October 2010.

Increased pending sales are an indication of increased future sales.  A sale is listed as pending when a contract is signed but the transaction has not closed, though the sale usually is finalized within one or two months of signing.