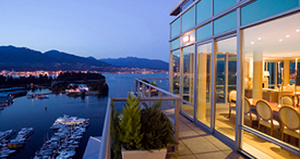 "Unlike many other indices, the LPS HPI tracks home prices at the date of sale on a month-by-month basis," explained Kyle Lundstedt, managing director for LPS Applied Analytics. "Our methodology allows us to detect market changes sooner than others and to provide the financial industry with the most accurately timed price information.

"In August sales transactions data, we saw the national average home price decline 0.9 percent, following a decline of 0.4 percent in July. This ended a series of increases during the spring of this year; a pattern that has occurred each year since 2009. In addition, the early, partial data for September sales indicates a likely further decline of approximately 1.1 percent to come. As of the end of August, the national average home price was $205,000. This is down 3.8 percent from August last year, and down 0.4 percent from January 1, 2011."

Home prices in August continued the downward trend begun after the market peak in June 2006. The LPS HPI average national home price has declined 28.3 percent since then. The total value of U.S. housing inventory covered by the LPS HPI stood at $10.6 trillion at the peak. As of the end of August 2011, it was $7.65 trillion. During the period of most rapid price changes, from July 31, 2007, through December, 2009, prices declined $56,000 from $282,000. The average annual decline during that time was 13.8 percent.

Since December 2009, prices have fallen more slowly, interrupted by brief seasonal intervals of rising prices. Since then, the LPS HPI national average home price has fallen $20,000 from $225,000. This corresponds to an average annual decline of 3.6 percent. Price changes were largely consistent across the country during August. Prices increased in only five percent of ZIP codes in the LPS HPI. Higher-priced homes had smaller declines: -0.72 percent for the top 20 percent of homes (prices above $321,000) compared to -1.0 percent for the bottom 20 percent (below $103,000).

Price changes during August for any given state were largely consistent among the states' metropolitan statistical areas (MSAs). Average prices of all MSAs in a state declined together for 347 of the 404 MSAs covered by the LPS HPI. A slightly smaller number of MSAs, 340, were in states where all price levels for all MSAs declined together. Average prices declined for all MSAs in Louisiana and Minnesota, but not all price levels declined for all their MSAs. Other states where some price levels in some MSAs increased were Illinois, Massachusetts, Michigan and New York.

Average prices declined during August in all but three of the 26 largest MSAs in the country that both the LPS HPI and Bureau of Labor Statistics' economic data cover: Chicago, Detroit and Minneapolis remained essentially unchanged. Changes ranged from -0.3 percent in Honolulu to -2.8 percent in Atlanta.

Over the past year, however, average home prices have not declined in only six of the largest MSAs. Prices have been largely stable in New York since August 31, 2010; they have increased in Detroit (5.3 percent), Honolulu (3.3 percent), Miami (0.6 percent) and Pittsburgh (3.2 percent).

Since the market peak, Pittsburgh is the only MSA that has seen its average home price rise.

Most of the MSAs with the greatest declines in price during August were in California or nearby Arizona and Nevada. There were several MSAs with large declines that are not in the Southwest. In addition to the 2.8 percent decline in Atlanta, Gainesville, Ga., had the greatest monthly decline among all MSAs covered by the LPS HPI, 3.0 percent.