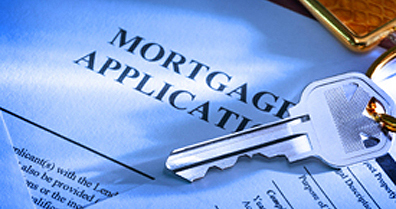 "Treasury and mortgage rates increased towards the end of last week, as global markets calmed following the recent crises in Japan and the Middle East.  Refinance volume predictably fell in response to these rate increases.  As rates climb back to 5 percent, fewer homeowners have both the incentive and the ability to refinance," said Michael Fratantoni, MBA's Vice President of Research and Economics.   "Purchase volume remained roughly flat as we enter what is typically the peak homebuying season."

The refinance share of mortgage activity decreased to 64.3 percent of total applications from 66.4 percent the previous week. This is the second lowest refinance share reported since May 2010.  The adjustable-rate mortgage (ARM) share of activity decreased to 5.7 percent from 5.9 percent of total applications from the previous week.

The average contract interest rate for 30-year fixed-rate mortgages increased to 4.92 percent from 4.80 percent, with points decreasing to 0.83 from 0.96 (including the origination fee) for 80 percent loan-to-value (LTV) ratio loans.  The effective rate also increased from last week.

The average contract interest rate for 15-year fixed-rate mortgages increased to 4.16 percent from 4.02 percent, with points increasing to 0.99 from 0.90 (including the origination fee) for 80 percent LTV loans. The effective rate also increased from last week.