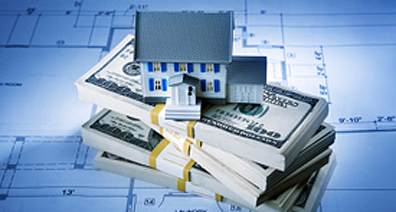 Mortgage Rates in U.S. Continue to Hover at Historic Rates

The 30-year fixed mortgage has averaged at or below 4.00 percent for the fifth consecutive week while the 15-year fixed has hovered around 3.30 percent. Additionally, adjustable-rate mortgages ticked down slightly averaging new record lows for the second straight week.

Frank Nothaft, Freddie Mac's chief economist tells the World Property Channel, "Mortgage rates were little changed this past week, with the average 30-year fixed-rate mortgage at or below 4.00 percent for the fifth consecutive week. This week the Federal Reserve released its latest Beige Book review of regional economic conditions, noting that the residential real estate market generally remained sluggish through the first half of the fourth quarter but that the economy expanded at a moderate pace in 11 of its 12 Districts. The extraordinarily low mortgage rates of the past month may provide a needed spur to housing activity.

The 5-year Treasury-indexed hybrid adjustable-rate mortgage (ARM) averaged 2.90 percent this week, with an average 0.6 point, down from last week when it averaged 2.91 percent. A year ago, the 5-year ARM averaged 3.49 percent.

1-year Treasury-indexed ARM averaged 2.78 percent this week with an average 0.6 point, down from last week when it averaged 2.79 percent. At this time last year, the 1-year ARM averaged 3.25 percent.

Nothaft further commented, "Economic data released this past week included the Conference Board's consumer confidence index, which had the largest jump in November since April 2003, and the S&P/Case-Shiller 20-city composite index (seasonally adjusted), which fell for the fifth consecutive month in September to the lowest reading since April 2003. More optimistic consumers, lower house prices, and bargain mortgage rates may have contributed to the 10.4 percent jump in pending home sales in October to the strongest pace since November 2010 and may bode well for future home sales."