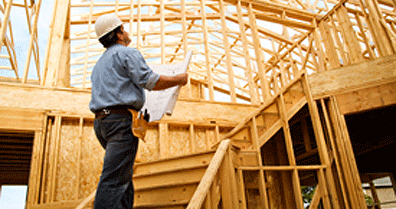 According to National Association of Home Builders (NAHB), builder confidence in the market for newly built, single-family homes rose by three points to 20 on the National Association of Home Builders/Wells Fargo Housing Market Index (HMI) for November, released today. The gain builds on a revised three-point increase in October, and brings the confidence gauge to its highest level since May of 2010.

"While this second solid monthly gain on the builder confidence scale is encouraging, the overall measure remains quite low due to the many challenges that home building continues to face with regard to the high number of foreclosures, the difficulties of obtaining construction financing and accurate appraisals, and the restrictive lending environment that is discouraging potential buyers," said Bob Nielsen, NAHB Chairman and a home builder from Reno, Nev. "These problems must be addressed so that housing can contribute to economic and job growth the way it has in the past."

"This second consecutive gain in the HMI is evidence that well-qualified buyers in select areas are being tempted back into the market by today's extremely favorable mortgage rates and prices," said NAHB Chief Economist David Crowe. "We are anticipating further, gradual gains in the builder confidence gauge heading into 2012 due to these pockets of improving conditions that are slowly spreading."

Derived from a monthly survey that NAHB has been conducting for more than 20 years, the NAHB/Wells Fargo Housing Market Index gauges builder perceptions of current single-family home sales and sales expectations for the next six months as "good," "fair" or "poor." The survey also asks builders to rate traffic of prospective buyers as "high to very high," "average" or "low to very low." Scores from each component are then used to calculate a seasonally adjusted index where any number over 50 indicates that more builders view conditions as good than poor.