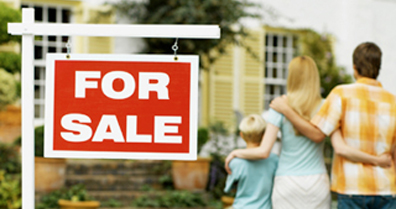 According to the National Association of Home Builders/Wells Fargo Housing Opportunity Index (HOI) report released this week, nationwide housing affordability during the first quarter of 2011 rose to its highest level in the more than 20 years it has been measured.

The HOI indicated that 74.6 percent of all new and existing homes sold in the first quarter of 2011 were affordable to families earning the national median income of $64,400. This eclipsed the previous high of 73.9 percent set during the fourth quarter of 2010 and marked the ninth consecutive quarter that the index has been above 70 percent. Until 2009, the HOI rarely topped 65 percent and never reached 70 percent.

"With interest rates remaining at historically low levels, today's report indicates that homeownership is within reach of more households than it has been for more than two decades," said Bob Nielsen, chairman of the National Association of Home Builders (NAHB) and a home builder from Reno, Nev. "While this is good news for consumers, home buyers and builders continue to confront extremely tight credit conditions, and this remains a significant obstacle to many potential home sales."

Syracuse, N.Y., was the most affordable major housing market in the country during the first quarter of the year. In Syracuse, 94.5 percent of all homes sold were affordable to households earning the area's median family income of $64,300.

New York-White Plains-Wayne, N.Y.-N.J., led the nation as the least affordable major housing market during the first quarter of 2011. In New York, 24.1 percent of all homes sold during the quarter were affordable to those earning the area's median income of $65,600. This marks the 12th consecutive quarter that the New York metropolitan division has held this position.

San Luis Obispo-Paso Robles, Calif., where 47.6 percent of the homes were affordable to families earning the median income of $72,500, was the least affordable of the smaller metro housing markets in the country during the first quarter. Other small metro areas ranking near the bottom included Santa Cruz-Watsonville, Calif.; Laredo, Texas; Ocean City, N.J; and Santa Barbara-Santa Maria-Goleta, Calif.