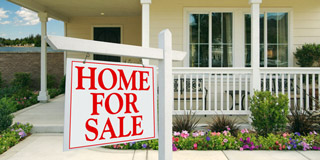 (WASHINGTON, DC) - For the second year in a row, Realtors® report that exterior remodeling projects return the most money as a percentage of cost, as detailed in the 2008 Remodeling Cost vs. Value Report.

On a national level, wood deck additions and all types of siding replacements - upscale fiber cement, midrange vinyl, and upscale foam-backed vinyl - returned more than 80 percent of project costs upon resale. Of these, the most profitable project was upscale fiber cement siding, which recouped 86.7 percent of costs, followed by wood decks at 81.8 percent, midrange vinyl siding at 80.7 percent, and upscale foam-backed vinyl siding at 80.4 percent.

"Because today's buyers have much more to choose from in the way of inventory, any home for sale must make a positive first impression," said National Association of Realtors® President Charles McMillan, a broker with Coldwell Banker Residential Brokerage in Dallas-Fort Worth. "As a trusted source for real estate information, Realtors® understand what attracts and motivates their buyer clients, which is why the results of this year's Cost vs. Value report underscore the importance of curb appeal in the buyer's eye."

The 2008 Remodeling Cost vs. Value Report compares construction costs with resale values for 30 midrange and upscale remodeling projects comprising additions, remodels and replacements in 79 markets across the country, expanding from 60 markets last year. Data are grouped into nine U.S. regions, following the divisions established by the U.S. Census Bureau. This is the 11th consecutive year that the report, which is produced by Hanley Wood, LLC, was completed in cooperation with REALTOR Magazine, as Realtors® provided their insight into local markets and buyer home preferences within those markets.

Although most regions followed national trends, the regions that consistently were estimated to return a higher percentage of remodeling costs upon resale were the Pacific region of Alaska, California, Hawaii, Oregon and Washington; the West South Central region of Arkansas, Louisiana, Oklahoma, and Texas; the East South Central region of Alabama, Kentucky, Mississippi and Tennessee; and the South Atlantic region of the District of Columbia, Florida, Georgia, Maryland, North Carolina, South Carolina, Virginia and West Virginia.

McMillan explained that the resale value of any given remodeling project depends on a variety of factors. "A home's overall condition, availability and condition of surrounding properties, location, and regional economic climate are all factors that will influence the value of any remodeling project," he said. "That's why it's important to consult with professionals like Realtors® in your area when you want to enhance the value of your home. Realtors® see hundreds, if not thousands, of homes every year with their buyer clients and can provide valuable insight into what projects and improvements will make a difference with buyers in your area."

Results of the report are summarized in the December 2008 issue of REALTOR® Magazine. The issue also includes examples of actual remodeling projects that were less expensive than many of the report's cost estimates. Full project descriptions, as well as national, regional and local project data for the 79 cities covered by the report will be posted at CostValue.com by December 5. "Cost vs. Value" is a registered trademark of Hanley Wood, LLC.