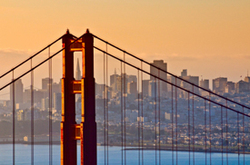 According to the California Association of Realtors (C.A.R.), home sales decreased 8.1 percent in April in California compared with the same period a year ago, while the median price of an existing home rose 21 percent.


"It's likely that the state tax credit that went into effect May 1 created an incentive for many buyers to postpone closing escrow so they could take advantage of both the state and federal tax credits that were available," said C.A.R. President Steve Goddard.  "We should see the pace of closed sales edge up in May and June as these tax-incentivized transactions close.

"Sales dipped below the 500,000-unit level for the first time in 19 months also because of supply issues - the demand for attractive foreclosed properties well exceeds the number of properties on the market," he said.  "At the same time, mortgage interest rates continue to hover near their historic lows, and many buyers are out in force to take advantage of the combination of low interest rates and affordably priced homes. It's an ideal time for many families to purchase their first home even though they may face stiff competition."

The statewide sales figure represents what the total number of homes sold during 2010 would be if sales maintained the April pace throughout the year. It is adjusted to account for seasonal factors that typically influence home sales.

"The strong demand for distressed properties continued unabated last month, and overall, inventory remains constrained in most segments of the market," said C.A.R. Vice President and Chief Economist Leslie Appleton-Young.  "Listings in April increased compared with a month earlier, typical for this time of year, as more sellers entered the market. At the $300,000 and below price point, the number of homes for sale is at a 3.3-month supply, well below the historical average of seven months."