(ORLANDO, FL) -- Florida's existing home sales rose in October, marking 14 months that sales activity has increased in the year-to-year comparison, according to the latest housing data released by Florida Realtors. October's statewide sales also increased over sales activity in September in both the existing home and existing condominium markets.

Florida's median sales price for existing homes last month was $140,300; a year ago, it was $169,700 for a 17 percent decrease. Housing industry analysts with the National Association of Realtors (NAR) note that sales of foreclosures and other distressed properties continue to downwardly distort the median price because they generally sell at a discount relative to traditional homes. The median is the midpoint; half the homes sold for more, half for less.

According to NAR's latest industry outlook, the housing market is continuing its positive momentum. "We're getting early indications of price stabilization, but we need a steady supply of qualified buyers to meaningfully bring inventories down and return us to a period of normal, steady price growth," said NAR Chief Economist Lawrence Yun. "That, in turn, would help fully remove consumer fears, which would then revive the broader economy."

Interest rates for a 30-year fixed-rate mortgage averaged 4.95 percent last month, a significant drop from the average rate of 6.20 percent in October 2008, according to Freddie Mac. Florida Realtors' sales figures reflect closings, which typically occur 30 to 90 days after sales contracts are written. 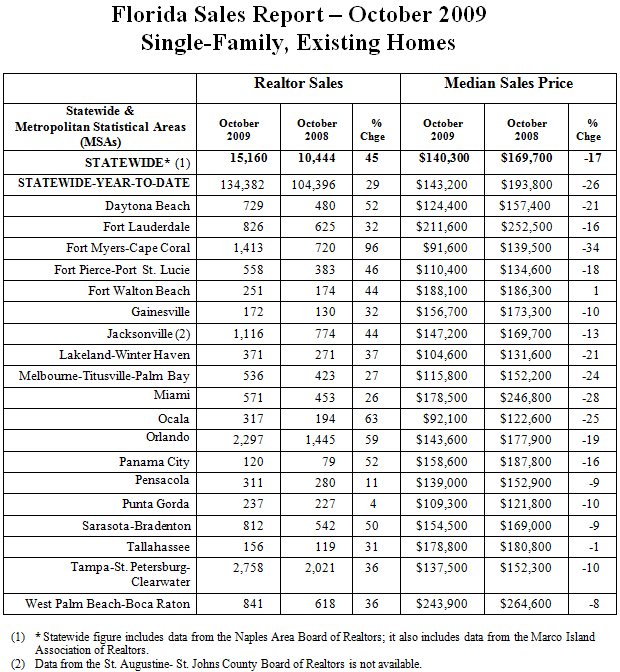 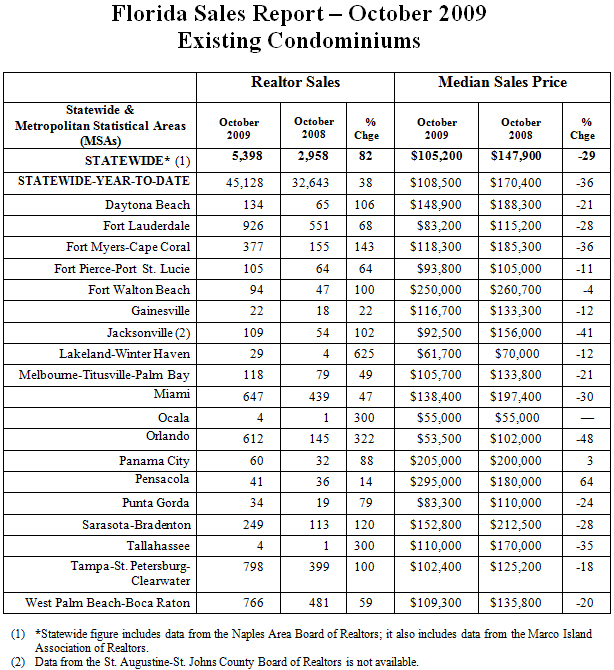