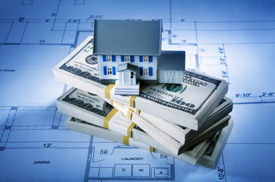 Terms of Endearment: How the Speculative Madness Was Financed


(WESTPORT, CT) -- In the first article of this three-part series, we examined how a speculative mania had propelled the creation of a housing bubble in 2004-2005.  In this report, we will describe how it was fueled by absurdly easy financing terms.

A May 2004 New York Times article described the situation of a 28 year old, single, first-time buyer.  Though he had qualified for only a $330,000 traditional fixed-rate mortgage, he was able to purchase a $500,000 townhouse in a Denver suburb with no down payment.  Wait a minute, how was that possible?

The answer reveals much about how the housing bubble was enabled.  This buyer took out an adjustable rate mortgage (ARM) for 80% of the sale price which required him to pay interest only for the first five years.  To avoid a down payment as well as mortgage insurance, he also took out a home equity loan for the remaining 20% of the price.  These deals, known as 80/20s, were almost unheard of a few years before but had become fairly widespread by mid-2004.

With little or no down payment required, speculators could purchase multiple properties quite easily.  The Housing Bubble blog, one of the earliest to document the bubble, gave an illustration of this in a March 2005 post.  A Florida couple purchased their six-bedroom house and then three investment properties with an 80% first mortgage coupled with a second mortgage (commonly called a "piggyback loan").  They gave a 5% down payment on each property.  Although this strategy saddled them with eight mortgages, the couple was not concerned:  "we have an out.  We can always sell."

The little or no down payment mortgage was very rare only a couple of years earlier.  In 2003, only 3% of all purchases were completed with no down payment required.  By 2005, 14% of all sales were financed without any down payment and 17% in 2006.

Another new kind of mortgage that facilitated the purchase of expensive residences was the Option ARM.  The borrower was given a low "teaser" start rate, typically 1.5%, and offered several different payment options.  The most attractive was the "minimum payment" based on the teaser interest rate.  Because the minimum payment was much less than the fully amortized payment, there was a negative amortization each month and this deficiency was added to the loan balance.

The catch was that when the increasing loan balance reached a predetermined level - usually 125% of the original loan amount, or sometimes as low as 115% -- the loan would reset and the borrower would have to pay an amortizing amount with a much higher interest rate.  But ads emphasized the irresistible low teaser rate and monthly payments much lower than any other type of mortgage.

The cover story in a September 2006 issue of Business Week illustrated how the Option ARM enabled a homeowner to take advantage of its low payment feature.  A young couple in their 30s had bought a residence in October 2005 with a no down payment loan.  By the following May, the house had appreciated $75,000.  They "cashed out" $30,000 of this gain by taking a home equity loan and used it to put a down payment on an investment property.  By using an Option ARM to finance their investment, the minimum payment of $825 was less than the rent which their tenant paid them.  They were willing to risk the much higher payment which they knew was coming down the road.

The Option ARM mortgage was absolutely essential in keeping the California housing bubble going.  Fifty-eight per cent of all Option ARMs were originated in California.

Even with these all easier borrowing terms, the speculative frenzy of 2004-2005 would have been much more subdued without one other indispensable element.  For decades, few prudent underwriters would provide a mortgage to a borrower if the ratio of the mortgage payment to monthly income exceeded 30% or if the ratio of total debt payments to monthly income was greater than 33-35%.  By 2005, however, debt/income ratios of 50% were increasingly common.  That opened up the housing market to hordes of buyers who would not have qualified in the early years of the decade.

What had caused this seemingly risky lowering of qualifying standards for a home mortgage?  Three primary factors - the tremendous growth of subprime lending, the influence of unregulated mortgage lenders, and the impact of mortgage-backed securities (MBS) offered by Wall Street.

The conventional view has been that the subprime market targeted primarily low-income buyers in urban areas whose shaky credit would have excluded them from prime mortgage loans. This is not borne out by several key studies.

While 18% of all NYC first lien purchase mortgages were subprime in 2006 (up from only 12% in 2004), a whopping 56% of piggyback second mortgages were subprime.  That's because these second liens were much riskier to lenders especially since the borrower was usually putting little or nothing down.  Interest rates on piggyback loans were much higher than rates for first liens.

A major front-page Wall Street Journal (WSJ) article on the subprime market appeared in print and online in October 2007.  Their study analyzed millions of loans issued between 2004 and 2006 and found that subprime borrowers were not overwhelmingly low-income residents of inner cities.

Subprime lending, or what the WSJ article authors preferred to call "high-rate" lending, soared in middle class and wealthier communities.  This enabled more affluent buyers across the country to purchase expensive homes for which they could not have qualified under conventional lending standards.  The study found that high-rate (i.e. subprime) loans issued to those earning $300,000+ climbed 74% in 2006 over the previous year. Since the average amount of these loans was only $158,000 nationwide, many of them were clearly piggyback second liens in the more expensive metro areas.  The authors pointed out that 22% of all mortgages originated in 2006 were piggyback second liens (up from only 12% in 2004).

Another 2007 study found that 39% of subprime loans originated in 2006 went to "upper income" borrowers.  Only 8% of these loans were taken by "low-income" borrowers.  The two largest groups of subprime borrowers turned out to be single males (32%) and single females (32%) without any mortgage co-applicant.  This is confirmed by the 2009 Liar Loan study mentioned in my previous REAL ESTATE CHANNEL article titled Speculative Madness, which reported that 34% of all the borrowers examined in their database were females and that the average income of all purchasers nationwide was roughly $94,000.  One of the authors of that Liar Loan study also clarified via e-mail to me that 28% of all the first liens in the database were accompanied by piggyback second liens.

Because the median piggyback loan reported in the NYC study was $98,000 for 2006 home purchases and these loans rarely exceeded 20% of the purchase price, the median purchase price for buyers using piggyback second mortgages was roughly $500,000.  Taken together, these four studies suggest that perhaps the greatest beneficiaries of subprime lending were upper middle income single males and females (including minorities) who used subprime piggyback loans to finance not only primary residences but speculative properties as well.

Mortgage Lending as a Sales Job

Determining whether or not to lend money to a homebuyer used to be called underwriting.  The lender's salaried underwriting department reviewed every aspect of the application in order to decide whether the borrower was likely to repay the loan.  The lender was at risk because it kept the loan and would suffer the loss if the borrower defaulted.

By 2004, that process had been undermined by what came to be called wholesale mortgage lending.  For years, unregulated mortgage banking firms had been capturing an increasingly larger share of the market.  Companies like New Century Financial had grown into giant mortgage lenders with a business model totally different from the savings and loans and savings banks that used to be our primary source for mortgage loans.

New Century originated loans through thousands of independent mortgage brokers who found the borrowers, took their applications and then forwarded this information to New Century.  These brokers were paid through commissions from New Century for consummated loans.  The more loans they "sold" the higher their commission income.  Very dangerous indeed.

New Century's underwriting department was supposed to determine whether the applicant was likely to repay the loan.  Unlike a deposit-taking savings and loan or a savings bank, New Century obtained the funds to lend to successful applicants through short-term borrowing.  The firm then made its money by selling these mortgage loans to Wall Street investment banking firms which packaged them into mortgage-backed securities (MBS) and sold them to the ultimate investor - large institutions in this country and around the world that were looking for better yields than those offered by government securities.  Although these institutions did not ordinarily review the quality of the loans they purchased, they were reassured by credit ratings given to these MBSs by agencies such as Standard & Poor's and Moody's.  Those high ratings for what turned out to be low-quality loans ultimately proved to be disastrous for the mortgage lending industry.

The stated income loan, commonly known in the industry as a liar loan and to others as a no income verification loan, was originally created for self-employed individuals who had difficulty documenting their income.  When it was expanded to the entire mortgage market, it became the final nail in the coffin for sensible lending standards.

With these loans, borrowers simply stated their income, assets and employment on the application.  Neither the broker nor the lender verified income by examining pay stubs, W-2 forms, or income tax returns.  When the end result of simply stating critical information was to qualify for a loan amounting to hundreds of thousands of dollars, the temptation to lie became almost irresistible.  Hence the nickname "liar loan."

As the bubble accelerated in 2004-2005, stated income loans skyrocketed.  One important housing blog -- written by a California mortgage banking insider who called himself SoCalMtgGuy to inform people as to what was really going on within the industry - revealed in an August 2006 post that "there were broker offices that only did stated income loans.  Some brokers would laugh when I asked if the buyer was going full doc (i.e. full documentation) or not."

The collapse in lending standards can be seen in a rate sheet distributed by New Century to its affiliated brokers in June 2005.  Brokers were authorized to offer a stated income loan for up to 80% of the appraised value (which would usually be accompanied by a 15-20% piggyback second mortgage) to anyone with a debt/income ratio of 50% or less, a FICO score of at least 525, and who had not defaulted on a previous mortgage in the preceding two years.  Another mortgage banking firm offered "100% financing up to $1.25 million" for a stated income loan on a non owner-occupied (i.e. investor) residence.

In 2004, one-third of all subprime loans were stated income.  The 2009 Liar Loan study mentioned earlier reported that between the first half of 2004 and the second half of 2006, the volume of monthly loans made by the large mortgage banking firm whose portfolio was examined in the study had increased more than seven-fold.  By the end of 2006, nearly 80% of all their loans were stated income loans originated through mortgage brokers.

This astounding percentage was confirmed by a report on the nonprime mortgage market sent by the U.S. General Accountability Office (GAO) to Congress in July 2009 which found that almost 80% of all interest-only ARMs and Option ARMs nationwide were stated income in 2006.

The total breakdown in lending standards by the end of 2006 indicated that widespread mortgage fraud had very likely engulfed the mortgage lending business.  In the third part of this series, we will examine just how widespread this mortgage fraud was as the housing bubble reached its peak.