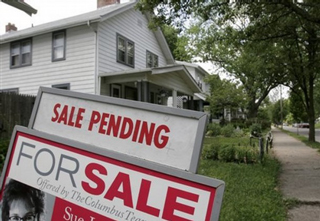 (WASHINGTON, DC) - Pending home sales eased against a deteriorating economic backdrop but remain in a stable range, according to the National Association of Realtors®.

The Pending Home Sales Index, a forward-looking indicator based on contracts signed in October, slipped 0.7 percent to 88.9 from an upwardly revised reading of 89.5 in September, and is 1.0 percent below October 2007 when it was 89.8.

Lawrence Yun, NAR chief economist, said a review of the past year is instructive.  "Despite the turmoil in the economy, the overall level of pending home sales has been remarkably stable over the past year, holding in a generally narrow range," he said.  "We did see a spike in August when mortgage conditions temporarily improved, which underscores two things - there is a pent-up demand, and access to safe, affordable mortgages will bring more buyers into the market."

Conditions remain uneven around the country, but some areas that are showing healthy gains in pending home sales from a year ago include many Florida and California markets, Providence, R.I.; Lansing, Mich.; Oklahoma City; and Las Vegas.

NAR President Charles McMillan, a broker with Coldwell Banker Residential Brokerage in Dallas-Fort Worth, said he's hopeful about considerations by the U.S. Treasury. "Efforts to bring down mortgage interest rates demonstrate a clear understanding of the role housing plays in stabilizing the economy," McMillan said.


"We're very encouraged by all of the proposals getting serious consideration in Washington to help home buyers. More sales will stabilize home prices by bringing down inventory, and would lessen foreclosure pressure."

Yun expects growth in the U.S. gross domestic product (GDP) to contract through the first half of 2009, then stabilize and expand in latter part of the year - lifted by a home sales recovery. "Given the critical role of housing in an economic recovery, we're confident sufficient stimulus will be offered to bring more buyers to the market," he said.

Looking at middle-ground assumptions, existing-home sales are forecast to total 4.96 million this year, and then increase to 5.19 million in 2009 and 5.55 million in 2010.

"Price projections are challenging in an environment with so many variables and divergent local conditions," Yun said.  "The home price correction to date has brought prices in line with fundamentals, but buyer pessimism could cause prices to overshoot downward, resulting in further economic deterioration."

The 30-year fixed-rate mortgage will probably decline to 5.6 percent in the first quarter, rise slowly to 6.0 percent by the end of 2009, and average 6.2 percent in 2010.  NAR's housing affordability index is likely to remain quite favorable, averaging 138 in 2009.

The National Association of Realtors®, "The Voice for Real Estate," is America's largest trade association, representing 1.2 million members involved in all aspects of the residential and commercial real estate industries.

For more real estate industry news and trends from the National Association of REALTORS, visit www.Realtor.org.