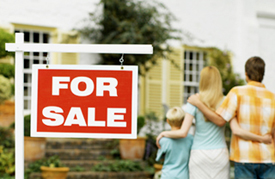 (WASHINGTON, DC) - According to a new poll by the National Association of Home Builders (NAHB), Americans remain strongly committed to federal support for home buyers.

The poll included both home owners and renters and was conducted for the National Association of Home Builders (NAHB) by RT Strategies, a non-partisan public opinion polling firm based in Washington, D.C. RT Strategies interviewed a representative sample of 1,000 adults nationwide by telephone using live interviewers on January 29-31, 2010. The sample included 170 interviews with respondents from cell-phone-only households.

Roughly 65 percent of home owners said the government also needs to do more to keep families from losing their homes. Support for more foreclosure protection was not confined merely to current home owners.  Among renters, 84 percent said the government needs to do more to helped strapped borrowers. This issue is particularly important to women, with 71 percent supporting greater foreclosure protection, compared to 58 percent of men.

Financial concerns continue to be the greatest barrier to growth in the housing market.  Among renters nationwide who aspire to own their own home, 39 percent simply don't have the money to buy a home at this time, and another 20 percent said the primary obstacle is that they feel they cannot qualify for a loan. Larger economic issues also play a role, as 18 percent said that job security is the greatest obstacle they face in trying to buy a home.

Even amid a housing market downturn, 40 percent of respondents said their home is their most valuable investment, twice the number who cite any other single investment - 401k accounts, savings accounts and CDs, stocks and bonds, or mutual funds - as their leading family investment.