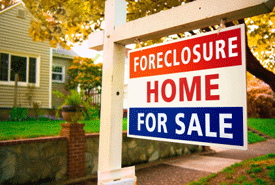 After several years of resisting short sales, the major banks have finally changed course.  They have concluded that encouraging defaulted borrowers to pursue a short sale is preferable to waiting for the owner to leave, or worse yet, damage the house before being foreclosed.

The advantage for borrowers and lenders is clear.  John Campbell, publisher of the Campbell/Inside Mortgage Finance monthly report explained in February that "Short sales typically result in lower lender losses and houses left in more saleable condition. Moreover, borrowers that agree to a short sale can often buy another house with mortgage financing after only two years. For borrowers going through the foreclosure process, mortgage financing can be unavailable for a period of five to seven years."

According to a March report by House Buyers Network, which links short sellers with prospective buyers, "banks have ramped up short sale approvals."  They have added staff to handle the hordes of owners looking to avoid foreclosure by opting for a short sale.  What used to take as long as six months of wrangling with the banks is now often approved within thirty days.

Short sales have really taken off since last fall and this is not limited to the large metros which experienced the housing bubble and collapse.  The percentage of home purchases nationwide that were short sales soared from 12.4% in November 2009 to 18.6% in March according to the April Campbell/Inside Mortgage Finance report.

Central Oregon is a growing area that has attracted thousands of retirees in the past decade.  Not exactly housing bubble country.  In the first quarter of 2008, there was not a single short sale completed in the two largest cities - Redmond and Bend.  In the first three months of this year, 24% of all purchases recorded were short sales.

San Jose is in the heart of Silicon Valley. It experienced soaring prices during the bubble years of 2004-2005 before the market cratered.  Currently there are roughly 250 active short sale and foreclosure listings, 25% of all listings, and 80 of these distressed listings are priced at $1 million or higher.

The Obama Administration recognized the importance of facilitating short sales in order to reduce the overhang of the so-called "shadow inventory."  Its new Home Affordable Foreclosure Alternatives program (HAFA), which went into effect on April 5, streamlines the short sale process and provides incentives to borrowers, lenders and the mortgage servicers.  These incentives include:


To be eligible for these incentives, the borrower must


Under the streamlined HAFA process, lenders must have the property appraised and make a determination as to its market value.  Once the owner is informed by the lender what price they are willing to accept, a bonafide offer brought to the lender must be accepted within ten days.

The HAFA rules also require the lender to release the borrower from any obligation to repay the shortfall between the sale price and the debt owed.

One key drawback of a short sale had been that the IRS considered this shortfall to be taxable income.  However, Congress waived this onerous liability in 2007 for mortgage debt used to buy or improve a primary residence and renewed this exemption in late 2009 for three more years.  In early April of this year, Governor Schwarzenegger signed a bill which relieved homeowners of a similar state tax burden in California.

With all these incentives now in place, short sales are almost certain to soar in the coming months.  However, this does not mean we should all breathe a sigh of relief.  There is an important caveat.  So-called "distressed sales" -- short sales and foreclosures together - have been sharply rising this year.  According to the latest Campbell/Inside Mortgage Finance survey, they now comprise more than half of all home purchases throughout the country (51.6%).  That is up from only 37.3% as recently as November.

This ominous change is telling us that the market for what we might call "normal" sales continues to weaken.  This coming avalanche of distressed listings is putting severe downward pressure on home prices. And that means the number of homeowners who can sell their homes profitably will continue to shrink.  It creates a vicious circle which seems, for now, to be unavoidable.