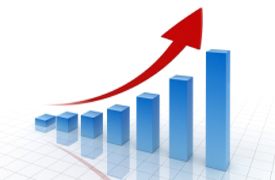 
According to the new S&P/Case-Shiller Home Price Index released today, the annual growth rates in 16 of the 20 MSAs and the 10- and 20-City Composites slowed in July compared to June 2010. 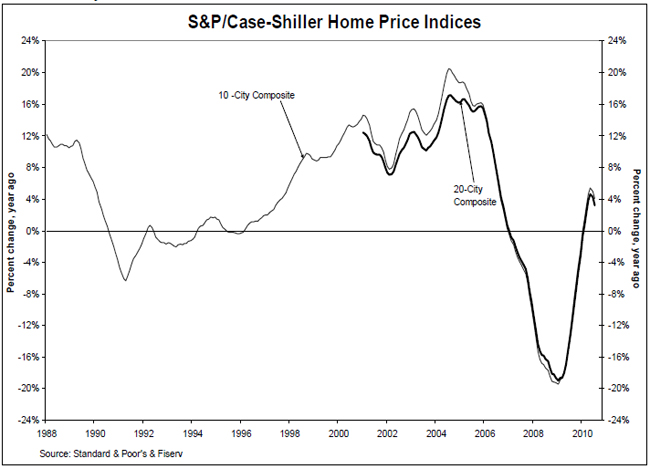 The chart above depicts the annual returns of the 10-City and 20-City Composite Home Price Indices with increases of 4.1% and 3.2%, respectively, in July 2010 compared to the same month in 2009. With July's data, 10 of the 20 MSAs are reporting negative annual growth rates. With June's report only five cities were negative on an annual basis - Atlanta, Cleveland, Dallas, Denver and Portland all fell back to reporting declining annual growth rates. The three cities in California, Los Angeles, San Diego and San Francisco, showed the strongest annual growth rates of +7.5%, +9.3% and +11.2%, respectively; but these too are weaker than June's print.

"Home prices crept forward in July. Ten of the 20 cities saw year-over-year gains and only one - Las Vegas - made a new bottom, as the impact of the first time home buyer program continued to fade away," says David M. Blitzer, Chairman of the Index Committee at Standard & Poor's. "The year-over-year growth rates for 16 of the cities and both Composites weakened in July compared to June. While we could still see some residual support from the homebuyers' tax credit, which covers purchases closing through September 30th, anyone looking for home price to return to the lofty 2005-2006 might be disappointed. Judging from the recent behavior of the housing market, stable prices seem more likely.

"In the monthly data, 12 of the 20 MSAs and the two Composites were up in July over June; but the monthly rates also seem to be weakening. The next few months may give us an idea of the true strength of the housing market, as the temporary economic stimuli will have ended. Housing starts, sales and inventory data reported for August do not show signs of a robust market, and foreclosures continue." 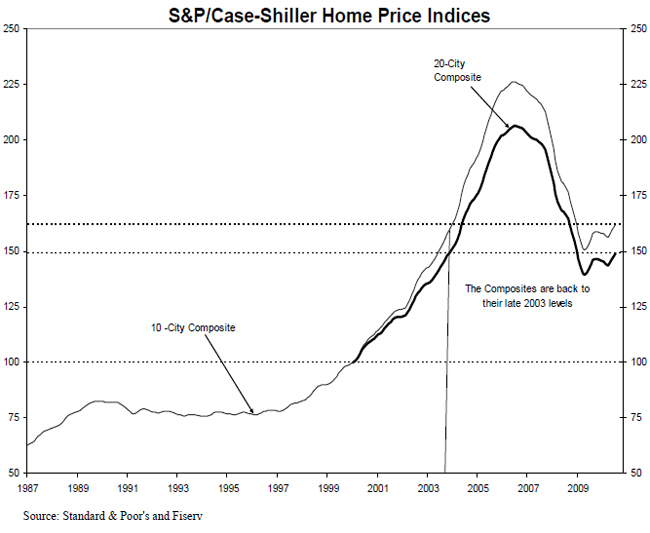 In July, continuing its downward trend in all but two of the past 46 months, Las Vegas posted another index low as measured by the current housing cycle, when it peaked in August 2006. Peak-to-trough, that market is down 57.0%. Charlotte, Dallas, Denver, Phoenix, Portland and Tampa also saw prices decline in July.

Twelve of the 20 MSAs and both Composites showed month-over-month increases in July. The 10- and 20-City Composites were up 0.8% and 0.6%, respectively. San Diego posted its 15th consecutive monthly increase. Chicago, Detroit, New York and Washington DC posted monthly increases of greater than 1%. 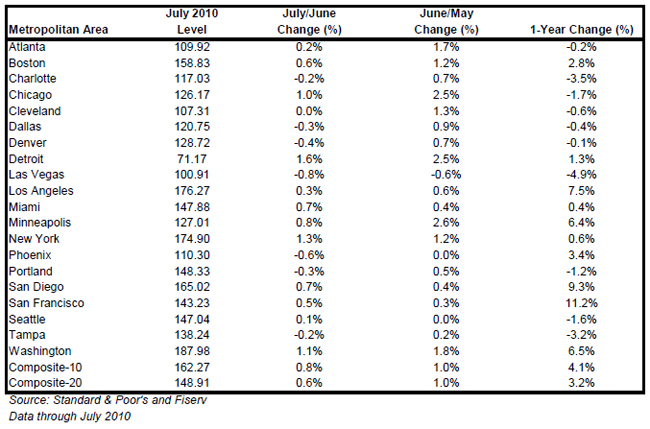