(DALLAS, TX) -- Now that his 8-year lease is almost up at 1600 Pennsylvania Ave., President George W. Bush and his First Lady, Laura Bush, have purchased a Dallas home where they plan to live and carry out their new activities as a former U.S. President and his wife. 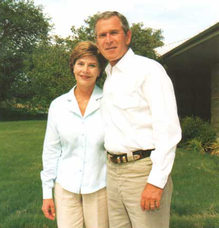 Their new home, on a cul-de-sac, sits on 1.13 acres and has 8,501 square feet of living space, public records show. Robert McCleskey, the Bushes' accountant, bought the property for the first couple-in October for slightly more than $2 million.''

The home, built in 1959, has been expanded and has a 1,150-square-foot detached garage, an 896-square-foot servants quarters and a 240-square-foot storage building. The neighborhood, known as Dallas' "Preston Hollow"--drew some early attention because of its affluence.

The Bushes' new home is also close to one of the most popular spas in the country. Known as "Lake Austin Spa Resort," the resort offers more than 100 rejuvenating services, such as a river rock massage; a sauna, a steam room, and a whirlpool in a 25,000-square-foot facility.  Guests can book a day or more in one of the 40-some cottages overlooking the grounds and Lake Austin. Occasional talks on various subjects and health-conscious meals are also presented at the spa.

A group of half a dozen women had gathered in the spa for a discussion about a new book on California homes designed by the late architect Gerard Colcord.  Author Bret Parsons opened the talk about the Bushes buying in Dallas. One woman said she thinks the enclave of six or seven homes will be gated after the Bushes move there. Another woman said she thinks the couple's neighbors will welcome the gates and the former first couple.

Christopher Weber filed the original story about the sale of a home to the Bushes.

With the choice made for a single-family home, the outgoing President and his wife also listed their Bush Ranch in Crawford, TX, at $14 million. The price includes 7,120 contiguous deeded acres with 800 state school acres and rural scenery: pine trees and canyons, meadows and rim rock or tabletop lands. Elk herds, deer, antelope and other wildlife- roam the canyons and forests. The ranch was founded in 1907. It could be an executive retreat for hunting and recreation. 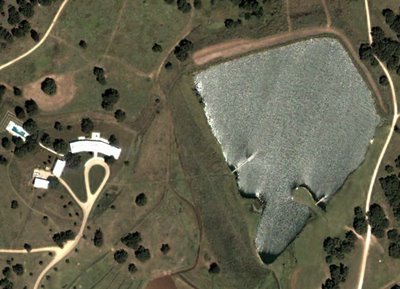 The property is listed with the main office of Farm and Ranch in Houston. The ranch is expected to be marketed more starting in June, 2009. The former President is said to have planned on a sale because his wife wants to live in a town with more than one traffic light and one library. Their new Dallas home is an estimated two-hour drive north.