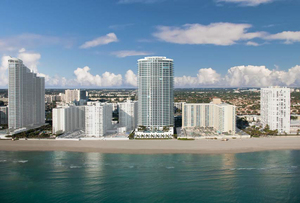 (HOLLYWOOD, FL) -- Building upon its remarkable success, Trump Hollywood, one of the newest luxury oceanfront condominium in Hollywood Beach, surpassed a significant milestone in August as more than half of the tower's 200 residences now have been sold.  Since its January re-launch, sales at Trump Hollywood have reached 97 units and $128 million, with overall sales since the project's inception now at 117 residences.

BH3 is particularly impressed with the overwhelming response from purchasers to Trump Hollywood's custom-designed model residences from Interiors by Steven G.  In fact, the designer is debuting three new model residences this month alone, as all the previously created models were sold within a few weeks of their completion.  Freedman said a Trump Hollywood Sky Residence designed by Steven G sold less than a week after its June debut and has already closed.  Two additional models that were completed in the last two weeks have also been contracted.

"Steven G and his team truly understand Trump Hollywood's high-caliber purchasers and the desires and expectations they have for their residences," said Freedman.  He added that Steven G recently opened a Design Center within the tower to enable purchasers to "touch and feel" the myriad options available when finishing their units.

"The design team continues to provide us with a wonderful showcase," said Fortune International President Edgardo Defortuna.  "We look forward to sharing the new models with prospective Trump Hollywood buyers."

Trump Hollywood is ideally located between Miami and Fort Lauderdale, just minutes from such renowned destinations as Bal Harbour Shops, Aventura Mall, Las Olas Boulevard and South Beach and a short stroll from the Hollywood Broadwalk. 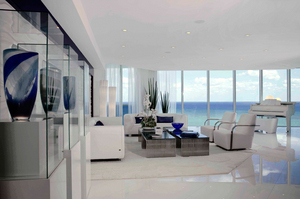