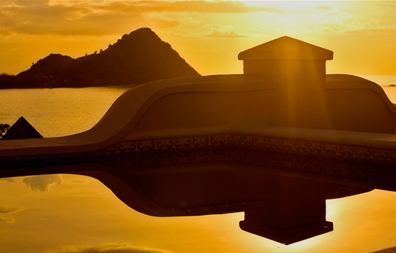 SPECIAL REPORT: Vacation Home Sales Account for 10% of all U.S. Residential Transactions in 2010

Based on a new report by the National Association of Realtors (NAR), the market share of vacation- and investment-home sales held steady in 2010, although the sales volume declined with the overall market.

NAR's 2011 Investment and Vacation Home Buyers Survey, covering existing- and new-home transactions in 2010, shows vacation-home sales accounted for 10 percent of transactions last year while the portion of investment sales was 17 percent, both unchanged from 2009.

All-cash purchases have become prevalent in the second-home market in recent years:  59 percent of investment buyers paid cash in 2010, as did 36 percent of vacation-home buyers.

Foreclosure or trustee sales accounted for 17 percent of investment purchases and 11 percent of vacation-home sales in 2010, compared with 5 percent of primary purchases.  "Second home buyers purchased more distressed homes at discount than did buyers of primary residences," Yun said.

The typical vacation-home buyer in 2010 was 49 years old, had a median household income of $99,500 and purchased a property that was a median distance of 375 miles from his or her primary residence; 31 percent of vacation homes were within 100 miles and 41 percent were more than 500 miles.

Investment-home buyers had a median age of 45, earned $87,600 and bought a home that was fairly close to their primary residence - a median distance of 19 miles.

"Even if purchases are delayed due to economic circumstances, the underlying long-term demand - the desire for purchasing second homes - remains because people in their 30s and 40s will reach the prime age for buying and will drive the second-home market in coming decades as conditions permit," Yun added.

Currently, 40.7 million people in the U.S. are ages 50-59 - a group that dominated sales in the first part of the past decade and established records for second-home sales.  An additional 43.8 million people are now in the primary buying demographic of 40-49 years old, while another 40.4 million are 30-39.

"Vacation-home buyers want the property for their own personal use, with 84 percent saying the primary reason for buying was to use for vacations or as a family retreat," Yun said.  "Rental income generation was the primary motive for investment buyers.  At the same time, nearly half indicated they sought to diversify their investments or saw a good investment opportunity."

Thirty-four percent of vacation-home buyers said they plan to use the property as a primary residence in the future, as did 10 percent of investment buyers.

Twenty-one percent of investment buyers and 14 percent of vacation buyers purchased the property for a family member, friend or relative to use.  "Some of these buyers purchase a home for their son or daughter to use while attending school," Yun explained.