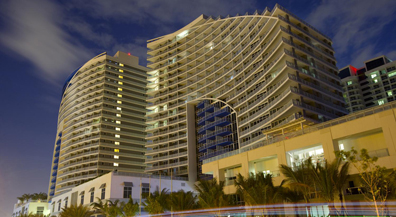 This past week the W Hotel of Fort Lauderdale held a high-end cocktail party to celebrate the launch of the hotel' s new luxury condo residences sales initiative with newly formed MMD Realty.

The W Ft. Lauderdale in an upscale 4.5 acre oceanfront condo-hotel that has a total of 171 condominium hotel residences and 346 hotel rooms.

The quoted price ranges for the various units range from $600,000 for a single studio unit to over $1.1 million for a larger two bedroom-two bath unit.

According to MMD Realty president Michelle Ross, interest in this project is not only coming from local buyers, but internationally as well.

"We are seeing a strong interest in this project not only from the snow birds of the northeast, but from both Canadian and Latin America buyers. Like Miami, we too in Ft. Lauderdale are experiencing an increase of interest from Brazilian buyers", says Ross.

The project is owned by the Y Group, who is among South Florida's most prominent development companies specializing in the development of hotel & resorts, luxury high-rise residential condominiums, retail and mixed-use projects, both domestically and internationally. The Y Group is head by president and CEO John Yanopoulos. 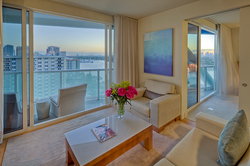 The Y Group is an experienced team having developed some of the most iconic South Florida properties that including W Hotel and Residences Fort Lauderdale, Infinity Miami, Europa by the Sea Fort Lauderdale and Ocean House in South Beach.

MMD Realty is also trying to make real estate history by giving up to five percent of company profits back to Dan Marino's namesake foundation, The Dan Marino Foundation. 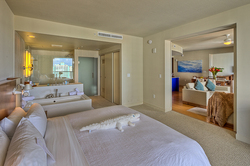 Marino told the World Property Channel in a one-on-one interview, "It's the quality of the people that make any project or venture a success. I've known Michelle for awhile now and I also know the caliber of rest of the team at MMD Realty, which I'm proud to be a part of. I'm also appreciative that a small percentage of the firm's profits with go toward my foundation to help people with autism."

The Dan Marino Foundation was established by Dan and Claire Marino in 1992. The Foundation's mission is to "open doors" toward independence by creating awareness and opportunities for the autism and special needs communities.

The Foundation fulfills this mission by supporting comprehensive integrated treatment programs, providing outreach services, advancing scientific research, and building independence through employment and daily living transition programs. The Foundation has raised over $32 million since its inception, which has been used to fund quality-of-life research, build the Miami Children's Hospital Dan Marino Center and opening in the fall of 2012, the Dan Marino Foundation Vocational Campus.