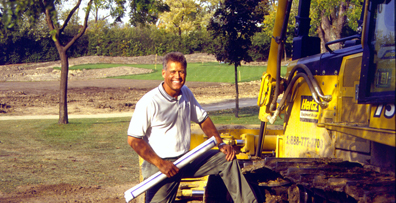 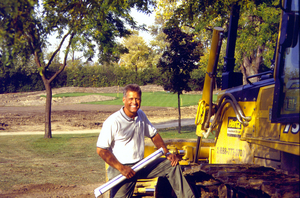 "Kemper Lakes is pleased to announce that Rick Jacobson and his team will be working on behalf of our members to make long term improvements to a number of very important aspects of the golf course," said Kemper Lakes general manager Janet Dobson. "Our first priority for the course will be to renovate the bunkers, but obviously we want that done within the context of a master plan. In undertaking this renovation our goal is to achieve long-term management and operational efficiencies without sacrificing the strength and character of the existing design. We want to continue to provide a wonderful golf experience for our members while preserving a tour quality golf course. Based on his strong and extensive track record, we think Rick is just the person to lead that effort."

Jacobson, who began his career with Jack Nicklaus and who still collaborates on design projects with the Golden Bear, said he is especially proud to be working on such a prominent golf course in his own "backyard."

"We are extremely excited and tremendously proud to be working on a project aimed at revitalizing one of the best-known championship golf courses in the Chicago area," said Jacobson, who has been based in Libertyville since founding his company in 1991. "In its relatively brief history, Kemper Lakes has hosted a major championship, a number of PGA Tour events as well as prominent national amateur, state and regional events."

The bunker project will contain changes that will be obvious to every day golfers - such as the renovation and re-positioning of bunkers - but many of the contemplated improvements likely will not be noticed by golfers. The project will look to achieve improvements in subsurface course and bunker drainage to enhance playability as well as to improve consistency of sand in the bunkers.

Founded in 1979 as a high-profile, upscale public course, the 7,217-yard Kemper Lakes hosted the 1989 PGA Championship, where the late Payne Stewart won his first major championship. Golf legends and former U.S. Open champions Hale Irwin and Tom Kite later won the Senior PGA TOUR's Ameritech Senior Open at Kemper Lakes in 1998-99 and 2000, respectively. The course also hosted some of the game's top players of the 1990s - including the great Greg Norman - for the PGA of America's Grand Slam of Golf.

In 2003, the course was purchased by a local team led by developer Stephen Jouzapaitis and Crown Golf Properties and converted to a private club over a four-year period.