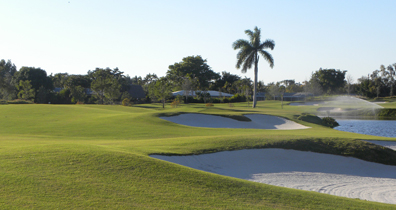 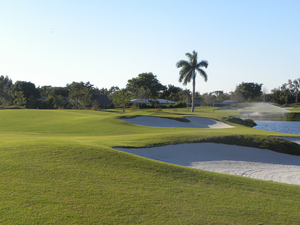 (DAVIE, FL) -- Out of commission since December 2008 as part of an Interstate 595 expansion, the former Arrowhead Golf and Country Club near Ft. Lauderdale has reopened following a complete redesign by golf course architect Harrison Minchew. The course's new owner, The Town of Davie, announced the course will now be called Davie Golf and Country Club.

The 10.5-mile, I-595 corridor in the highly urbanized and congested Broward County is being reconstructed as part of one of the state's first ever public-private partnerships, with three tolled reversible express lanes in the median and additional auxiliary lanes.

The maximum storm water stages identified in existing condition calculations provided the baseline for the proposed conditions, which involved expanding the golf course ponds and modifying storm water control structures to provide the required treatment volume and limit the discharge rates to those of the existing conditions. 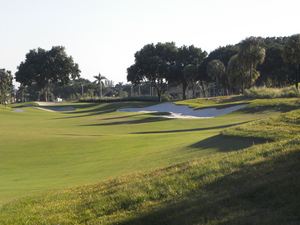 The Florida Department of Transportation then commissioned the Ponte Vedra-based architect Minchew to direct an approximately $4.75 million redesign of the nearly 40-year-old course for its reopening.

"The use of these golf courses to provide storm water retention and filtration system for I-595 and reduce costs for the FDOT is a perfect example of the golf industry's promotion of 'The Value of a Golf Course,'" said Minchew. "The initiative describes the three key beneficial aspects provided by golf courses -- economic, environmental and social. The FDOT hit a home run in this creative solution, which saved the state of Florida $60 million dollars, protected the environment and enhanced the strong golf community in southeast Florida."

At Davie Golf and Country Club, Minchew and RS&H began design and permitting in October 2009, and the I-595 project required that the lake system be constructed by November 30, 2010 -- a very aggressive schedule that had to be followed because the company who owned and constructed the I-595 corridor had an agreement with the FDOT that all retention lakes had to be on line by that date, otherwise they could receive millions of dollars in liquidated damages.

Once Minchew's work began, the entire golf course from property line to property line was totally rebuilt, with several holes rerouted and more than 900 trees, thousands of aquatic and xeroscape plantings installed -- along with new greens, bunkers, cart paths, irrigation system and new grass. The new course now has four sets of tees playing from 6,398 to 4,900 yards with a par of 70. There is also a lighted driving range.

In Minchew, the FDOT and RS&H found the ideal golf course architect for the complex Davie Golf and Country Club job. During 27 years with Arnold Palmer from the early 1980s into the 2000s, Minchew was the lead golf course architect intricately involved in planning, permitting, designing and inspecting construction of 75 innovative golf courses and developments internationally.