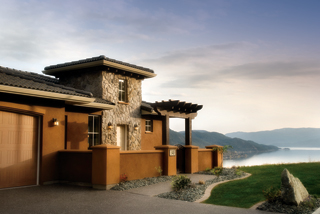 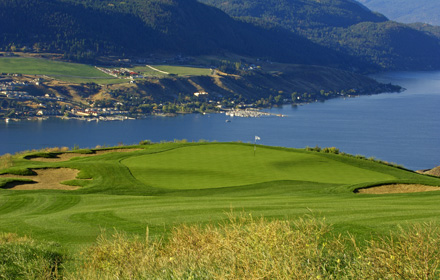 As part of the festivities attended by a crowd of some 150 people, Couples conducted a golf clinic and then hit the first ceremonial drive before playing an exhibition round with the four hockey celebrities.

"The lake views up here are so incredible," said Couples, who is originally from nearby Washington state. "I have such a passion for golf that we really wanted to take our time and build a course that is as stunning as its location.  ... I grew up in Seattle my whole life and I was flabbergasted when I came up to the Okanagan Valley for the first time. To do a golf course here is just a thrill."

The Golf Club at The Rise, which features striking scenery of the Okanagan Lake and rugged topography of the Vernon highlands, was co-designed by longtime golf course architect Gene Bates. Bates and Couples have been partnering on golf projects since 1991, operating as a team under the Couples Bates Golf Design name. They've collaborated on more than 20 golf course projects worldwide.

"The course has turned out even better than we could have dreamed," Rise president/CEO Leona Snider said during the June 20 grand opening. "It's a beautiful addition to the community we are building here at The Rise and a wonderful expansion of the recreation opportunities in Vernon." 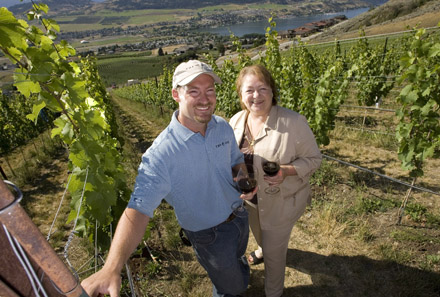 One of the newest releases is the vineyard enclave called Belago, or "beautiful lake view." Nestled into the hillside amidst the Rise's newly expanded 17-acre vineyard, Belago's estate-sized properties start at $399,900 and allow homeowners to experience first-hand the growth of the private vineyard and winery.

"Those who purchase in Belago will literally be able to watch their investment grow with the vines," added Snider, who plans on completing the Cellars at the Rise in 2009.

According to Snider, the family-run winery will include a visitor facility, VIP tasting room and private wine storage. Belago is the final release of single-family home sites on the sunny south-facing slopes at The Rise.