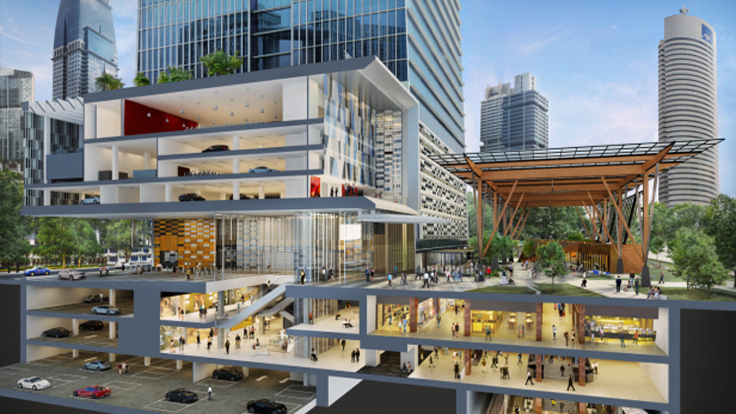 
Singapore-listed developer GuocoLand has revealed details for the 290-meter Tanjong Pagar Centre, which will be the tallest building in Singapore.

GuocoLand's first mixed-use development in Singapore, the project is positioned as Singapore's next major business and lifestyle hub in the Central Business District. 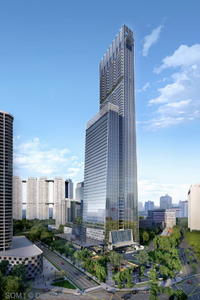 The new center will include the Guoco Tower, a 38-story Grade A office building, Singapore's tallest residences starting at 50 stories high, a luxury business hotel, retail space, and a sheltered event space in Tanjong Pagar City Park, according to a release from GuocoLand.

Totaling 1.7 million square feet, the development will have direct access to the Tanjong Pagar MRT station while acting as the gateway to the "future waterfront city that will replace the existing Tanjong Pagar ports," GuocoLand says.

"We have set out to build a global icon that will position Tanjong Pagar as...a benchmark for sustainable and livable developments," Ms. Loh said.

Tanjong Pagar Centre will use "passive technologies such as solar shading devices and natural ventilation to reduce mechanical loads and will employ photovoltaic panels to generate one percent of the buildings' energy," according to the designer, Skidmore, Owings & Merrill (SOM).