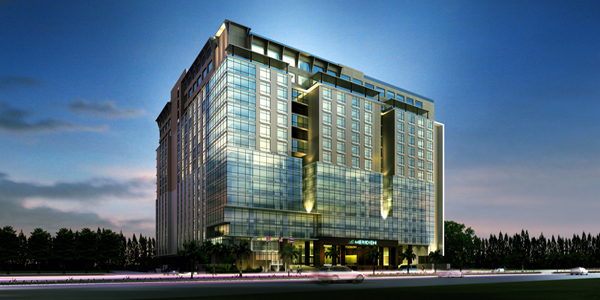 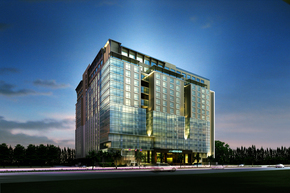 Bangladesh will be the newest home of the Le Meridien hotel chain, furthering the expansion of the Starwood Hotels and Resorts brand deeper into South Asia.

Starwood's new Le Méridien Dhaka will be part of a mixed-use tower and is slated to open in July 2013. Owned by Best Holdings Limited, the 304-room hotel will be located close to Dhaka International Airport with easy access to the city's central business district offering breathtaking views of the city. Le Méridien Dhaka will mark the second Starwood managed hotel in Bangladesh.

"We are thrilled to partner with Starwood Hotels to bring Le Méridien to Dhaka--a very promising city with a growing need for a 5-star hotel with world-class offerings," said Mr. Amin Ahmad, Chairman and Managing Director Best Holdings Limited. "We aim to create a chic and stylish property that will deliver the true experience of Le Méridien, while adding new life into this bustling city."

Known as the "City of Mosques" and described as the "Rickshaw capital of the World", Dhaka, with its rich cultural heritage, provides endless opportunities for discovery. Le Méridien Dhaka will offer the perfect combination of comfort and extravagance bringing to life the fusion of modern and traditional evocative of this Southeast Asia destination.

"We continue to look for opportunities to grow Starwood's brands in South Asia and are delighted to announce the signing of Le Méridien Dhaka, strengthening Starwood's footprint in Bangladesh," said Matthew Fry, Senior Vice President, Acquisitions and Development, Starwood Asia Pacific. "As one of the fastest growing cities in the world, we saw a real opportunity to introduce a new, global upscale hotel in Dhaka."

Le Méridien Dhaka will span between the eighth and fifteenth floors of a new mixed use development and offer guests breathtaking views of Dhaka from the building's rooftop. Four food and beverage venues, including an all-day dining restaurant and specialty restaurant and bar, will offer distinctive culinary experiences for both guests and locals alike. The hotel will also house a 2,800 square-foot fitness center fitted with state-of-the-art equipment and a 2,400 square-foot spa.

"Le Méridien has experienced significant growth momentum in Southeast Asia in recent years, and the opening of Le Méridien Dhaka will be another key milestone in our transformation," said Vincent Gillet, Global Brand Leader, Le Méridien and W Hotels Worldwide. "Since being acquired by Starwood more than six years ago, Le Méridien has undergone a comprehensive brand re-launch, and we look forward to serving as a creative hub in the city of Dhaka."

Le Méridien Dhaka , designed with a spectacular 125-foot outer façade, will showcase the signature 'Le Méridien Hub,' an innovative concept that re-interprets the traditional hotel lobby into a social gathering place for creative minds to converse, debate and exchange. Located on the ground floor near the main hotel entrance, the Hub at Le Méridien Dhaka will further build on the brand's award-winning Arrival experience and coffee culture, curated by Le Méridien's Cultural Curator Jérôme Sans.

Le Méridien, the Paris-born hotel brand currently represented by 99 properties in 50 countries, was acquired by Starwood Hotels & Resorts Worldwide, Inc. (NYSE: HOT) in November 2005. With over 80 of its properties located in Europe, Africa, the Middle East, and Asia-Pacific, Le Méridien provided a strong international complement to Starwood's then primarily North American holdings at the time of purchase.