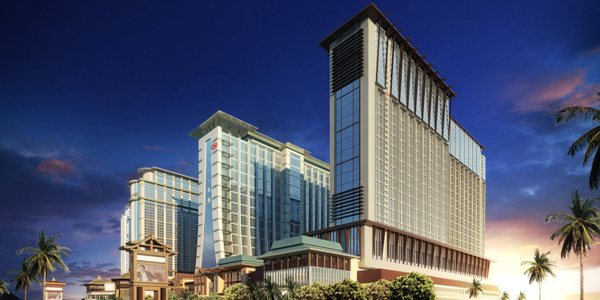 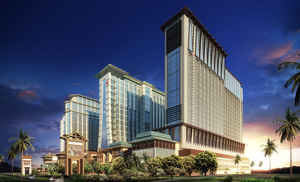 (Macao, China) -- Starwood Hotels & Resorts Worldwide, Inc. recently announced its Sheraton Hotels brand will be a key force in the company's growth in 2012 with the opening of 20 new hotels. Sheraton will also widen Starwood's lead as the largest global hotel operator in China, with 12 new Sheraton hotels slated to open across this fast-growing market by year's end driven by strong demand in second and third-tier cities.

One of the more exciting new Sheraton Hotel projects is the pending opening of the nearly 4,000-room Sheraton Macao, which will be the largest Sheraton, as well as the largest Starwood hotel in the world. Offering three restaurants with poolside cafes, 140,000 square feet of meeting space and two outdoor swimming pools, Sheraton Macao is a highly anticipated addition to Cotai Strip, also known as the Las Vegas of Asia.

In North America and Europe, Sheraton expects to grow its portfolio by capturing more than its fair share of conversion opportunities.

"Sheraton's impressive global pipeline is being fueled by phenomenal demand in China and India as well as by a surge in high-quality conversions in developed markets," said Simon Turner, President of Global Development for Starwood. "In Europe, there is a large landscape of independent hotels ripe for flags, and we're also keenly focused on an expected uptick in portfolio transaction activity in North America which should lead to even more conversion opportunities."

Sheraton is slated to open 12 new hotels across China in 2012, reaching a total of nearly 80 hotels there by 2015. Nearly 40 percent of all future Starwood hotels opening in China will fly the Sheraton flag, building on the brand s 30-year legacy in this fast-growing market. The Sheraton brand's rapid growth is also moving Starwood closer to its goal of opening its 100th hotel in China later this year.

"Sheraton has successfully leveraged its first-mover advantage in China, where we have more hotels in development than any other Starwood brand," said Hoyt Harper, Global Brand Leader for Sheraton Hotels & Resorts. "Meanwhile, Sheraton is widening Starwood's lead as the largest operator of five-star hotels in India. We are also reaping the rewards of our multi-billion dollar investment to enhance the Sheraton brand over the past several years, an effort that has resulted in record-high guest satisfaction scores and phenomenal global growth.