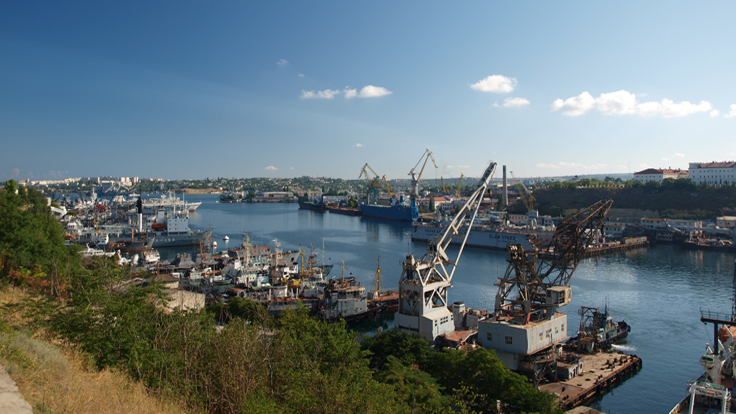 
Chinese billionaire Wang Jing, who plans to build a rival to the Panama Canal, agreed to invest $10 billion in a deepwater port in Ukraine.

Mr. Wang will join Ukrainian partner Kievgidroinvest LLC to work on an economic development zone on the Crimean peninsula, starting with a $3 billion new deepwater port and the refurbishment of the Sevastopol sea port.

Funding for the first phase has been secured through Wang's own capital, bank loans and investments from partners, Bloomberg reports. Construction is set to begin at the end of 2014.

Plans for the second phase include an airport, a liquefied natural gas terminal and a shipyard, costing about $7 billion, according to a company statement.

Mr. Wang signed an agreement with Aleksey Mazyuk, owner of Kievgidroinvest LLC., who believes a deep water port project would create a new shipping route for China into Europe, decreasing transport distances by 6,000 kilometers and "catalyzing the trade between China and Eurasian countries," according to The Wall Street Journal.

Mr. Wang has made headlines in the last couple of months for announcing his $40 billion plan to build a canal in Central America's Nicaragua, rivaling the Panama Canal. Criticism for the plan includes funding source, feasibility and the environment impact it would have if completed.