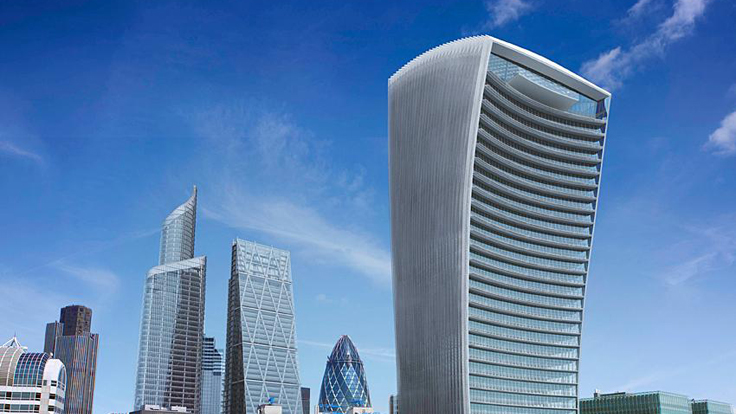 
The "Walkie Talkie," one of the most distinctive new towers on London skyline, is more than half-leased, nine months before its scheduled completion, the building's developer announced this week. 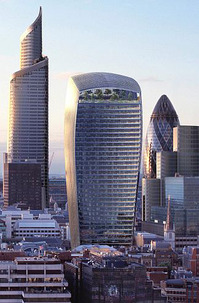 Land Securities, Britain's largest listed developer, says 52 percent of the floor space in the 37-story 20 Fenchurch Street tower has been pre-let, with another 4 percent in "solicitor's hands." Two-thirds should be leased by the time the tower opens next spring, Reuters reports.

Located in the City of London financial district, the tower designed by Rafael Viñoly is one of several distinctive skyscrapers with catchy names in development in London, including The Shard and the Cheesegrater.

Some analysts have been skeptical that the market could absorb the rush of new office space. Only about 10 percent of the office space in The Shard, London's tallest building, is leased, according to news reports. But this week News Corp. announced plans to lease the "Baby Shard," the 17-story complex next to the Shard.

Land Securities has been selling older properties to fund development of new projects that typically are launched with tenants in place.

"This was never predicated on a bull market but the fact there is not enough of the right stuff being built," chief executive Rob Noel told Reuters.

The Walkie Talkie is designed to use space more efficiently, with less corridor space and "break out areas" instead of meeting space, Mr. Noel said.