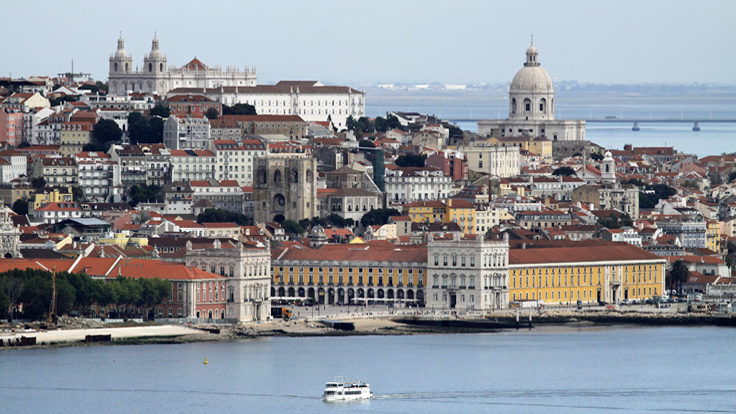 Portugal, Cyprus and Greece have all introduced such schemes, while Spain has one in the works. Perhaps as an indication of the strength of the various economies, the Greek plan requires the least investment, at 250,000 euros. Cyprus has set a threshold of 300,000 euros and Portugal's limit is 500,000 euros.

Spain initially considered a lower level of investment but is now likely to pass legislation that matches the Portuguese investment total. Its plan has yet to be approved by the legislature.

In Portugal, investors can buy both stocks and real estate, but it is property that has attracted the most attention, according to Lisbon-based executives who have been helping Chinese buyers identify investment targets.

Maria Antonia Cameira, a lawyer who has processed "golden visa" applications for her law firm CL@cameiralegal, says all of the potential clients she has spoken with are Chinese. Other property professionals say there has also been interest from Russia and India.

"Because of the financial crash and economic problems there are lots of opportunities for acquisition of very interesting assets at very attractive prices," she said. "I've heard investors say that for many of us it is Christmas time because you are able to buy such attractive assets at a sales price."

Cameira said the key question for most buyers is the level of yield they can attain. They are typically looking for yields between 6 and eight percent, something they're able to achieve on strata-title offices in the Lisbon city center, as well as select vacation properties.

Real estate prices in Portugal has not fallen as far as it has in overbuilt Spain, but prices are still off by 50 percent if not more, according to Tim Seconde, the head of capital markets in Portugal for the brokerage CBRE. Prime city-center properties have fared better but are still down at least 15 percent.

Since the "golden visa" program came into effect at the start of the year, he has already worked with a handful of investors, all from mainland China or Hong Kong, who have qualified for visas in Portugal. While office space in central Lisbon is in short supply, there is no shortage of holiday properties along the coast that are desperate for buyers.

"We have got plenty of real estate that traditional buyers are not going to buy," Seconde said. "Our Irish and English buyers that would come over here with their banks and buy up all the Algarve villas have just disappeared."

Seconde has been working with a Hong Kong buyer who bought two strata-title offices in the center of Lisbon. "His goal straight away was how can I reach the 500,000," he said.

The capital is welcome at what Seconde said is the "absolute nadir" of the property market. The total amount of money transacted in real estate hit a high of 1.4 billion euros in 2007 but descended to 100 million euros last year.

After more than three years of restrictions on real-estate investment in China, the flow of capital out of the country continues to pick up pace. The amount invested overseas by wealthy Chinese is expected to rise 30 percent this year, according to Jones Lang LaSalle, with real estate always the primary target.

"We will see more investors going to other countries seeking investment opportunities as China gradually opens up its policies," Joe Zhou, the brokerage's head of research for eastern China, said.

Chris Liem, the owner of the Hong Kong franchise of Engel & Völkers, said he is receiving 10 to 15 inquiries per week about the Portuguese program, which he considers strong for a market that was relatively unknown before the introduction of the visa scheme. His brokerage is now marketing a seaside resort to Asian buyers.

The requirements to fulfill residence in Portugal under the program require participants to spend seven days in the country in the first year, and 14 days for the subsequent four years. They can then apply for permanent residence, and can qualify for citizenship after six years.

"Portugal you wouldn't consider as an economic powerhouse but the appeal is that the requirement to stay, to retain your residence is so minimal that it makes it so attractive," Liem said. "This is very attractive for Chinese businessmen who may not have the time to stop their businesses for three  years in Canada or a five year stint in Australia."

Cameira said the Chinese buyers she has dealt with are often seeking security and a place to educate their children, and are also attracted to Portugal's long history.

"Emotionally and sentimentally they want a better life and they have the money to buy into it, and they want more culture," she said.

Executives also find the visa attractive because it makes travel easier in Europe. The Portuguese program gives participants access to the Schengen area, a group of 26 European nations that allow passport-free travel between their borders.