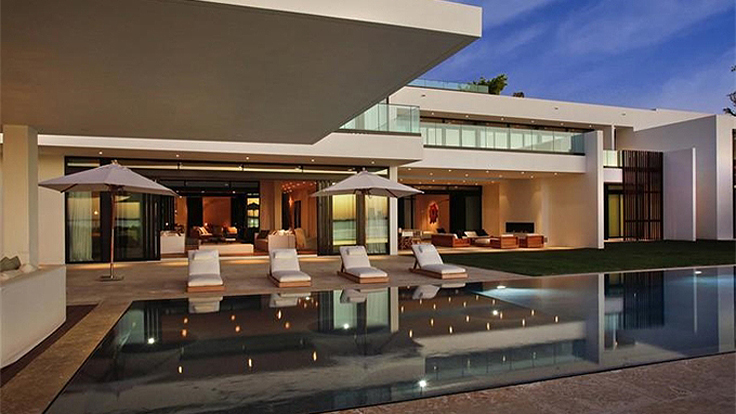 But he's not the only star athlete who has spent whopping sums on real estate. Many superstars share the scandal-challenged Yankees' taste for luxury, choosing to devote a chunk of their discretionary income on large estates and lavish homes. Here are five athlete homes to be envied. It's not a comprehensive list, but simply a sampling of the crash pads of the rich and sweaty. 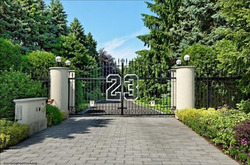 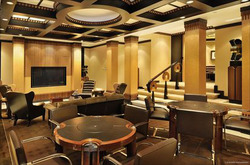 According to news reports, Mr. Jordan's ex-wife Juanita received the house when the couple divorced in 2007. The property was originally listed at $29 million, but has dropped to $21 million.

A fan of fancy real estate, Mr. Jordan recently treated himself to 12,310-square-foot mansion in Charlotte, North Carolina for his 50th birthday. He also purchased a three-acre parcel with an 11-bedroom mansion in Palm Beach, FL for $4.8 million.

Tom Brady and model wife Gisele Bundchen's dream home offers the usual amenities--plus a moat. The outrageously beautiful couple spent three years building their 22,000-square-foot mansion that includes eight bedrooms, a castle-like playground, and, of course, a state-of-the-art gym. The mansion also features a six-car garage, lagoon-shaped swimming pool with spa, weight room, wine cellar and will use solar energy, rainwater recovery systems and energy-efficient appliances. With a reported net worth of $90 million, the couple can afford this fairy-tale home. 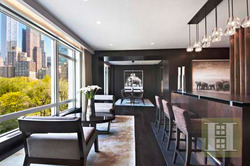 Who would have guessed that former NASCAR champion Jeff Gordon is an uptown guy? His 3,454-square-foot condo has views of Central Park, 740-square-foot master suite, private office and limestone bath with Boffi soaking tub. (How many NASCAR drivers have soaking tubs?) With amenities such as a 75-foot sky-lit lap pool, private wine rooms, and 14,000-square-foot gym, the condo has a monthly carrying cost of $7,221.

Golfer Greg Norman may be looking for the unofficial record for the priciest athlete's home, listing his mansion for a robust $65 million. It's not far from where Tiger purchased his lot, the Wall Street Journal reports. The 8-acre property stretched across the island, has a 50-foot pool on eight acres of land with six buildings and garage space for 17 cars. The house is 16,000-square-feet and includes the usual array of wine room, sun room, "great room" and fine dining halls. Mr. Norman reportedly paid $4.9 million for the property in 1991, according to the Journal. The property was originally developed in 1902, according to the Trulia listing.

The property has been on and off the market for years and its current status is not clear. According to one report, the price was dropped to $47.5 million. On Zillow, it is listed as "not for sale." A realtor shown as the listing agent declined to comment when contacted by World Property Channel.