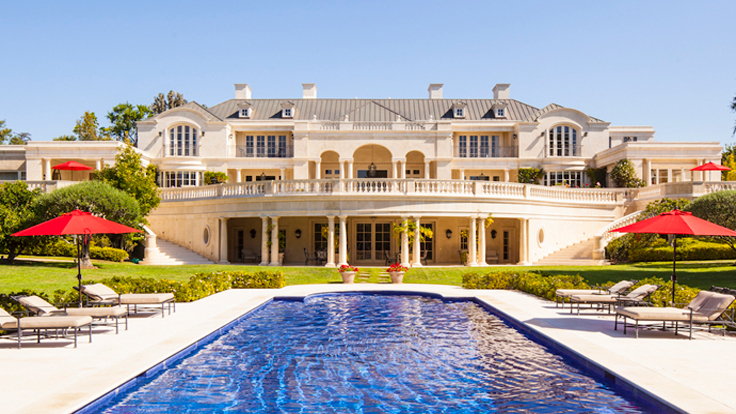 
The Carolwood Estate, the former Walt Disney property in Los Angeles, is on the market for $90 million, 10 times more than its last selling price in 1998.

Walt Disney and wife Lillian first identified the property in Holmby Hills to build their fairytale home in 1949. In true Disney fashion, Walt Disney built a one-eighth-scale steam railroad with a half-mile track and subterranean tunnel, according to Forbes magazine. Known as the Carolwood Pacific Railroad, it was part of the inspiration to create Disneyland.

Although Disney's original house is gone, the 90-foot underground tunnel remains with "1950" etched on the entrance stone archway commemorating the year the train started operating.

The property reportedly went on the market last October but the listing doesn't state a price or provide more than one photo.

"It's a very special property that isn't going to sell quietly, but we try to market it as quietly as possible and keeping it off the MLS is one of the tactics," co-listing agent Jay Harris, told Forbes.

Holmby Hills is also home to the Spelling mansion, which was originally listed for $150 million, but eventually sold for $85 million in 2011.