Oscar-wining actor Matt Damon and wife Luciana Barroso have cut the price of their Miami Beach mansion by more than $1 million, after putting the house on the market seven months ago. 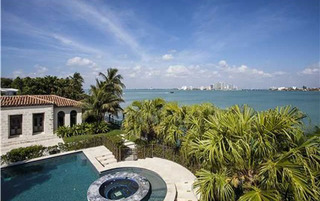 The couple first listed the 12,705-square-foot home in April for $20 million, looking to make a $5 million profit. The property is located on upper North Bay Road with past and present neighbors including Jennifer Lopez, Alex Rodriguez, Calvin Klein, Dwayne Wade and Chris Bosh.

Built in 1935, the mansion, known as Maravilla, has seven bedrooms, nine baths, and includes 170 feet of water frontage, according to the property's listing by celebrity real estate specialists "The Jills."

The property sits on two lots, the first of which Mr. Damon purchased in April 2005 for $10.3 million. He bought the second lot eight months later for $4.2 million, the Real Estalker reports. 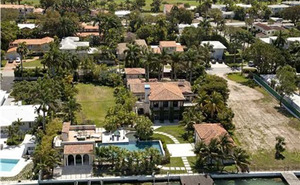 The couple purchased a mansion in the Pacific Palisades earlier this year for $15 million, on the same street as best friend and "Good Will Hunting" co-writer Ben Affleck, according to the Real Estalker.