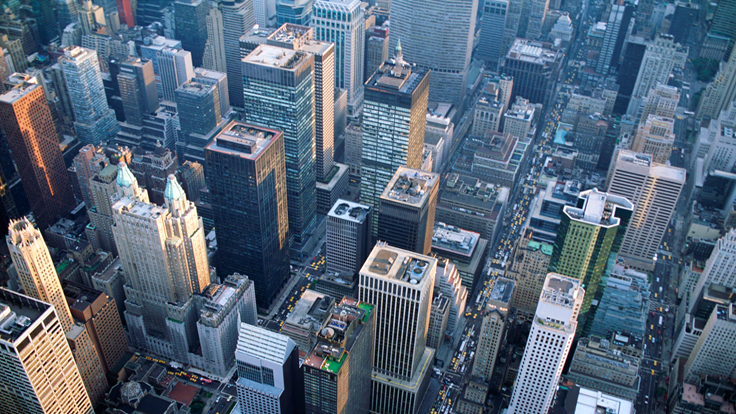 
The New York City Council's decision this week to table an ambitious rezoning effort for a wide swath of Manhattan raises questions about the role of skyscrapers in the future of the city.

The Midtown East Rezoning plan, which covered a 73-block area - including Grand Central Station and the Chrysler Building -- would have allowed developers to build a new era of tall buildings for Manhattan, in exchange for funding transportation and street level improvements in the area.

"If New York wants to learn from London, Tokyo and Shanghai, the lessons aren't about erecting new skyscrapers."

But the plan, one of outgoing Mayor Michael Bloomberg's cornerstone initiatives, attracted criticism from a wide array of opponents. Complaints focused on the potential impact on the already over-taxed transportation system, as well as issues unique to New York, such as what the city would charge for air rights and complaints from local unions.

After a year of debate, the rezoning plan was deemed too vague in too many areas. It didn't adequately address the best ways to develop the modern Manhattan, critics charged. The Bloomberg Administration pulled it from the docket before the Council could vote it down.

"For the sake of New York City's long-term economic vitality, Midtown East should be re-zoned to allow the creation of a world-class 21st-century commercial district," Mayor-Elect Bill de Blasio said in a statement. "But it needs to be done right."

Beyond the complexities of New York politics, the rezoning controversy is focusing debate on the fundamental role of tall buildings in the city and whether growing vertically is really the best approach for the neighborhoods. Once the world capital of skyscrapers, New York is confronting the idea that tall buildings may not be the best choice for the future.

Many cities crave the density offered by skyscrapers, which allow the development of districts where people can easily live and work. But New York already has the density, to the point where public systems are already clogged and unworkable, in many cases. The fees generated by the skyscraper developers in Midtown East would not be enough to offset the impact on local services, critics say.

"If New York wants to learn from London, Tokyo and Shanghai, the lessons aren't about erecting new skyscrapers," wrote New York Times architecture critic Michael Kimmelman, who emerged as an eloquent spokesman for opponents of the rezoning proposal. "Big cities making gains on New York are investing in rail stations, airports and high-speed trains," while New York relies on its crumbling infrastructure, he wrote.

Proponents argue a new wave of skyscrapers is essential to keep New York competitive with Shanghai, Singapore and the other fast-growing cities of the world.

"For New York to remain a global capital, it needs to regenerate its office stock and remain attractive to a variety of national and international businesses," the New York Building Congress said in a statement, adding it was "extremely displeased" by the decision to reconsider the rezoning plan.

But Mr. Kimmelman scoffed at that argument:

"New York can surely never win a skyscraper race with Shanghai or Singapore. Its future, including the future of Midtown real estate values, depends on strengthening and expanding what already makes the city a global magnet and model. This means mass transit, pedestrian-friendly streets, social diversity, neighborhoods that don't shut down after 5 p.m., parks and landmarks like Grand Central Terminal and the Chrysler Building."

There are many nuances to the debate. Skyscrapers may bring congestion, but redevelopment allows for the tearing down of older, inefficient buildings in favor of modern, efficient buildings. The rezoning plans called for some pedestrian-oriented districts, but shouldn't the city take advantage of the opportunity do more to develop public spaces and green space?

Even on a business level, there are conflicting views. New York doesn't need more office towers, some industry experts say. The first tower in the redevelopment of World Trade Center, 4 World Trade Center, opened this week with 40 percent of the space empty.

The delay is seen as good news for existing mega-developments in Manhattan, including Hudson Yards; Brookfield Properties' Brookfield Place and the World Trade Center, where towers are already finding it difficult to attract office tenants. 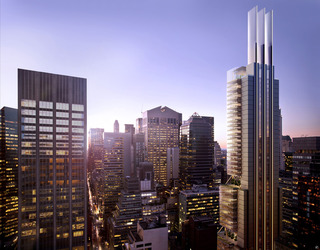 But a report prepared by the city's Independent Budget Office found "pent-up demand" for office space in the Midtown area. The study concluded more than 50 million-square-feet of new office space is needed by 2040.

"In a single craven stroke" opponents of the rezoning plan "have likely consigned the once dominant Grand Central area to a permanent future as a back-office district," New York Post columnist Steve Cuozzo wrote.

On one level, Mayor Bloomberg's inability to gain support for the plan was seen as a blow to his legacy in the waning days of his administration. And it raises questions about the immediate future for several projects, including two dramatic towers in the planning stages.

Marc Holliday, chief executive of SL Green, told The Times the project would not go forward unless SL Green "got the development rights offered under Mr. Bloomberg's now-scuttled proposal."

The developer did design a smaller, 40-story version of the tower, but the truncated building "will not work economically; it's unfeasible at today's rents and cost structure," Mr. Holliday told the paper.

Ultimately the controversy over rezoning isn't about business or politics, it's about creating new neighborhoods. Tabling the rezoning plan didn't end the effort to create a plan for the area, only delayed it. The debate on skyscrapers in New York will continue.

And now the discussion will be led by a new Mayor, who appears ready to walk into the cross fire.

"We cannot afford to hand over the right to develop some of the most valuable real estate in the world without ensuring real and fair benefits for the people of New York City," Mr. de Blasio said.