Well, summer's coming. For families all over the world, it means sending the kids off to summer camp in places of great natural beauty or cultural bounty.

But who says kids should have all the fun? Why can't we have the time of our lives, too? (After all, we're the ones who work so hard to send the kids there!)

Here are my top ten favorite "summer camps" for adults!

#10) RIDGWAY ADVENTURE, ARDMORE, SCOTLAND - It's hard to think of a place better situated for adult adventure than this one...sticking out into the cold north Atlantic at the northwestern-most point of Great Britain. And prefect, especially, for walking and kayaking expeditions and training. Here, you can almost hear the legends and lore of this ancient, mysterious country, with its craggy Highlands and fog-shrouded moors and thousand-year-old castles overlooking lochs, and its North Atlantic winds where the echoes of bagpipes and Braveheart and Rob Roy still reverberate loudly. And by the time you arrive back home...ye may be sportin' a bi' 'o the brogue yourself! 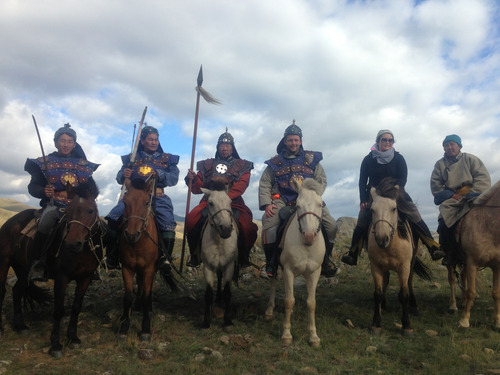 #9) PIONEER EXPEDITIONS, MONGOLIA - Here, where the wind washes across the high-desert steppe, live a people and a history swathed in mystery to the rest of the world. But this company allows you to experience the history of Mongolia's most famous export - the feared Emperor Genghis Khan. During a nine-day trip back to the Middle Ages, you'll travel, sleep, eat, and exist like the 13th-Century conqueror himself. You'll learn how to make bows and arrows, cook in the field, herd horses, and camp out. And, of yes, you'll also learn battle tactics that the Great One used to subdue all the nations in his path...so you can march triumphantly back home with your own conquests!


#8) ZOMBIE SURVIVAL COURSE, NEW JERSEY, USA - A company called Zombie Survival Course will give you the means - over a weekend in Southern New Jersey - to survive the Apocalypse! They'll train you in creating a safe shelter; in self-defense and "melee" weapons; in how to use a crossbow (and firearms!); how to collect supplies; and how to build and lead your team. Basically, how to survive when the zombies (or anyone else) try to take over the world. And you're encouraged to bring your partner (unless you don't want them to survive when that happens!). 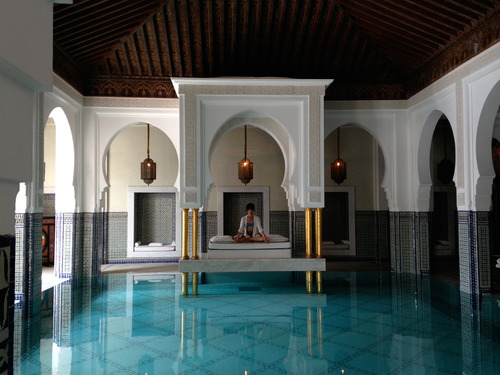 In Morocco, the spirituality of an ancient civilization (Courtesy East. Pray. Move.)

#7) EAT.PRAY.MOVE, MARRAKESH, MOROCCO - Eat. Pray. Move is a company that'll take you to Morocco for a week of yoga, healthy food, and once-in-a-lifetime experiences in a country steeped in an ancient culture. You'll stay in the Peacock Pavilions boutique hotel in the exotic city of Marrakesh. You'll eat fascinating, colorful - but healthy - cuisine, in both the hotel and atmospheric local restaurants. There will be day-trips to surrounding sites of interest, including a day spent wandering around the colorful souks (bazaars). And, of course, daily meditation and yoga classes, ranging from beginner to experienced.

#6) GLADIATOR TRAINING, ROME, ITALY - What better place to learn how to be a gladiator than in Rome? And - although the original Roman gladiators didn't get to train at the posh Cavalieri Hotel, and it took them more than one day to learn - you'll be learning from masters just as they did. You'll be outfitted in combat regalia, wielding authentic reproductions of Roman weapons, and you'll be taught how to parry and thrust by experts. And if you've parried and thrusted a bit too enthusiastically for your middle-aged muscles, you can take advantage of a two-person massage. Unlike some of the ancient Roman spectators in the Coliseum, you'll give "thumbs-up!" 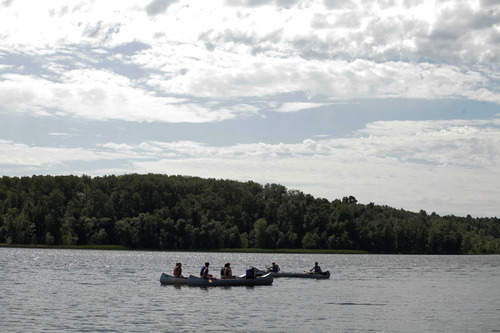 #5) LES VOYAGEURS, MINNESOTA, USA - If you've ever had a yen to become an early French explorer in America, now you can! A company called Concordia Language Villages will take you on a week-long canoe trip into the remote wilds of northern Minnesota, called Les Voyageurs, to travel in the footsteps of the early French explorers. And, like those early French explorers, you'll be conversing in French...or have the opportunity to learn it as you glide through idyllic waterways and forests, and as you camp out on the shores.

#4) DOMAINE DU BOISBUCHET, LIMOGES, FRANCE - In southern France, on beautiful grounds near the ancient town of Limoges (yes, that Limoges!), sits the castle called Domaine du Boisbuchet. Here, world-famous practitioners of the creative arts, design, architecture, functional aesthetics (if you have to ask, you probably wouldn't be interested!), and literature hold sway over the summer, in a variety of courses that will stimulate the mind and - because of the surroundings - the senses, too.  All in a medieval castle in a scenic setting on the River Vienne.

#3) ROCK 'N ROLL FANTASY CAMP, LAS VEGAS, NEVADA, USA - This is it...the original, the one-and-only, the Granddaddy of 'em all in the category of adult camps! Here, you can learn to fly around the guitar strings like Dickey Betts or Sammy Hagar. You can learn to fly around the microphone like Roger Daltrey or Brian Wilson. Or to prance around stage and wrap a crowd in your arms like Jeff Beck or Jane Wiedlin. And the reason you can learn to do all these things like Dickey Betts, Roger Daltrey, Jeff Beck, et al is that you'll be doing these things with them!

#2) ACE CAMPS, VARIOUS COUNTRIES - When it comes to eclectic courses taught by masters of various genres - mostly focusing on photography, design, and aesthetics - Ace is the place. Or, more correctly, the places...because they stage their summer "camps" in a variety of countries. For example, this summer you can study food styling + photography in Iceland;  print-making in Jaipur, India; photography and styling winter foods in Quebec, Canada; and "Experience Marrakesh Through Food, Shopping, and Design" in Morocco. There are also several programs in the U.S., such as food photography in New Orleans. For variety, and for the eclectic nature of the courses, this "camp" is one of the best.

#1) JOHN C. CAMPBELL FOLK SCHOOL, BRASSTOWN, NORTH CAROLINA, USA - Tucked into the southwestern corner of North Carolina, where the Great Smoky Mountains start punching out of the fog, sits the tiny town of Brasstown. To this quiet, scenic spot, people come from all over America - and, sometimes, all over the world - to learn about folk arts in a section of the U.S. that's renowned for them. Here, Southern and mountain cultures merge to form a unique hybrid. And at the John C. Campbell Folk School, you can learn about it, perform it, listen to it, explore for it, play it on an instrument, or create it in a kiln or on a loom or on a lathe...or with your bare hands and a tiny hand-tool. The Campbell Folk School is renowned for the variety of its courses, the quality of its teachers, and the beauty of its surroundings.

And it's my pick for the best summer camp for adults!