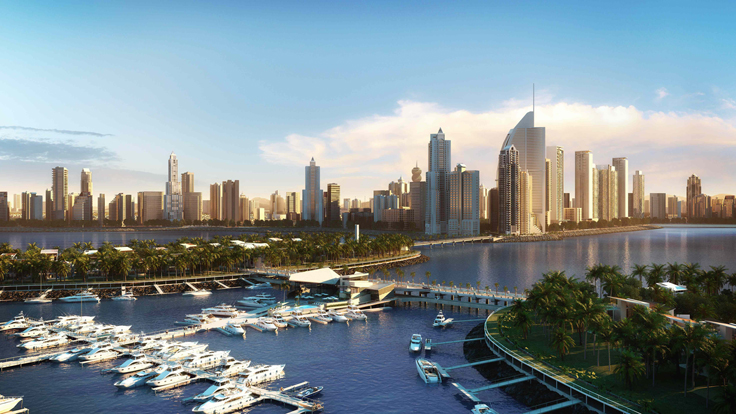 Panama Gets Its Own Man-Made Islands


The real estate market in Panama has reached a new level of luxury and exclusiveness.  This small country with the ever growing skyline reminiscent of Miami now boasts Latin America's first man-made islands, the Ocean Reef development. Perhaps the description of Panama as the Dubai of the Americas is now more accurate.

Much like the announcement of the construction of the iconic Trump Ocean Club in 2006 raised the expectations of what Panama had to offer, Ocean Reef raises Panama development to the next level. I visited the site recently and met with the sales department, and the progress is impressive. 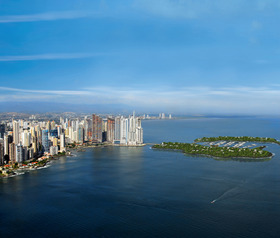 Ocean Reef consists of two islands. The first island is the same size as the entire Punta Pacifica neighborhood on the mainland, which is home the Trump tower; Ocean Reef is connected to Punta Pacifica and the heart of downtown Panama by a short 160-meter (525 feet) bridge. The land reclamation process and infrastructure works on the first island have been completed and landscaped and construction of the first homes has started.

Developer Grupo Los Pueblos took five years planning this residential community, which will consist of only 138 lots spread out between the two islands. There is even an underground passageway complete with electric cars to allow workers and suppliers to get to the marina without having to drive above ground through the community.

The first island, consisting of 72 lots and measuring 10.3 hectares in size, can be spotted from most of Panama City's oceanfront areas.  Seeing palm trees swaying in the breeze where before only fishing boats and ocean could be seen is an awe-inspiring sight.  Construction of the second island, which will offer 66 lots on its 8.7 hectares, is expected to begin in the first part of 2014 and construction of the marina is expected to begin in the last trimester of 2013 and be completed in 18 months.

Ocean Reef's private marina will have 220 slips exclusively for owners and be operated by IGY Marinas, which operates marinas throughout the Caribbean. The marina itself is being built by Structure Marine, one of the worlds top marina designers and builders, and will have capacity for boats as large as 220 feet.  The focal point of the marina will be a nautical clubhouse and restaurant whose cocktail lounge will look out onto million dollar yachts. The island will also have heliports and 24 hour restricted access monitored by a highly trained security team that will ensure safety and privacy. 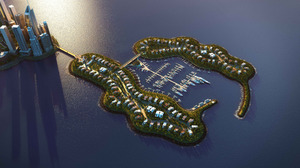 With little publicity or marketing Grupo Los Pueblos has quietly sold 71 of the 72 lots, primarily to local Panamanian families, Victoria Levitam, the sales director for the project told me. Ninety-eight percent of the buyers have been Panamanian and several families are already interested in the last remaining lot, she said. This shows the confidence in the local market for the project and the need for this new level of luxury.

The developer recently launched garden apartments on the island, a unique product for Panama. These apartments are located on the interior lots on the south side of island 1 and there are only 28 in total.  The garden apartments consist of four modules of ground plus three floors, with only seven families allowed per small building. Despite only recently available in the market they are selling quickly, Ms. Levitam said.

Pre sales for the second island are expected to begin in the next few months. It will be interesting to see if all the lots are snatched up by local buyers of if international buyers will have the opportunity to participate in this luxury development.