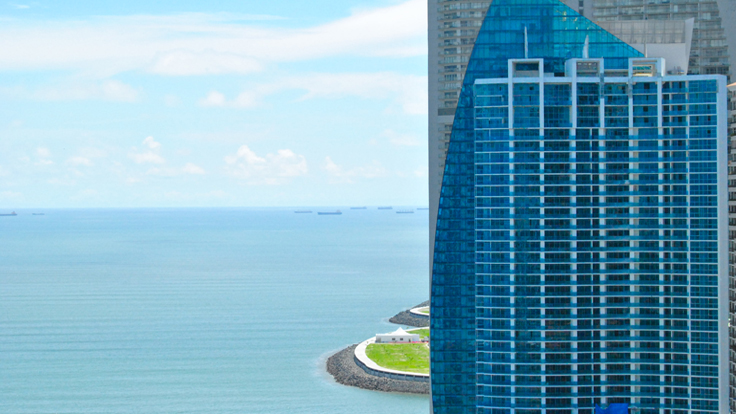 
Grand Tower, the latest major project to be delivered in Punta Pacifica, has finally been issued its occupancy permit.  The developer of the 55-story tower has started to notify owners to prepare for closings, which are expected to begin in December.

The project, which initiated pre-construction sales in 2006, has experienced serious delays and even had to be redesigned. But with the issuance of the occupancy permit the long wait is over.

Grand Tower was announced as a 65-story building, but the economic crisis of 2008 seriously affected sales and the ability to start construction based on the original plans.  Rather than cancel, Pacific Developers decided to redesign the project as a 55-story tower and push forward based on the smaller version of the original design. 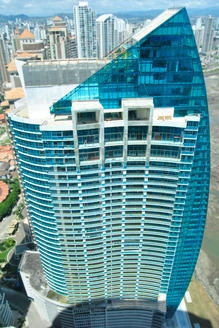 This is Pacific Developers' seventh completed tower in Punta Pacifica. Despite being 10 stories less than originally planned, the developer has still been able to deliver all of the amenities and residents will be able to enjoy the life style that was promised back in 2006.

Grand Tower is a nice addition to the neighborhood. It has a wide variety of different apartment models, ranging in size from 126 square meters to 513 square meters, offering one to four bedrooms. Cold water chilling stations on the roof keep air conditioning costs low and a wide range of luxury amenities are distributed between its three different social areas.

A semi-Olympic pool is located right in front of the Pacific Ocean with poolside cabanas and ocean service with reclining chairs.  Additionally, there is a kids pool and Jacuzzi in this part of the social area.  This ground level social area also includes extensive recreation areas with lush tropical gardens.

The large gym located on the second level social area comes with high-tech equipment along with a yoga and an aerobics hall. The full service spa on this level offers all of the amenities you would expect in a top of the line resort.  There is also a business center available to residents for meetings and conferences.

The roof-top social area has a sky bar, running track, squash and racquetball courts as well as a children's game room and poker room for the adults. The roof top sky bar can also be booked by residents for private events and allows guests to enjoy the views of the Pacific Ocean and Panama City.

Grand Tower also offers valet service and has a small commercial area with shops, restaurants and banks conveniently located directly to the side of the building.  Residents will not need to go far to grab a bite to eat, go to the dry cleaners or do some banking.

With closings starting in December we can expect to see the building occupied in early 2014 and one more mega project completed in Punta Pacifica.