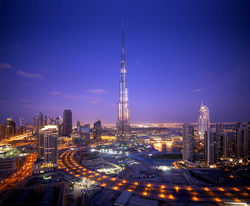 The Armani Hotel Dubai is the first of a projected series of hotels, resorts and residences designed by Giorgio Armani, and it marks fashion guru Armani's debut in the world of hospitality.

The Armani Hotel Dubai is expected to be the most exclusive destination in a city with a number of exclusive hotels beginning with the sail-shaped Burj Al Arab. 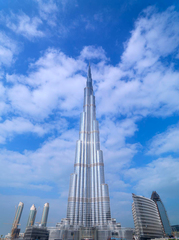 Armani Hotels & Resorts was established in 2005 between Giorgio Armani S.p.A. and Emaar Properties PJSC to develop, own, and operate exclusive hotels, resorts, and residences in the world's most important cities and holiday destinations. Armani Hotels & Resorts plans to open at least ten hotels and resorts within the next ten years.

Emaar Properties PJSC, listed on the Dubai Financial Market, is the developer of Downtown Burj Dubai, a large area that includes Dubai Mall, one of the world's largest shopping centers, several  hotels, office complexes, and residential apartments in towers and garden complexes.