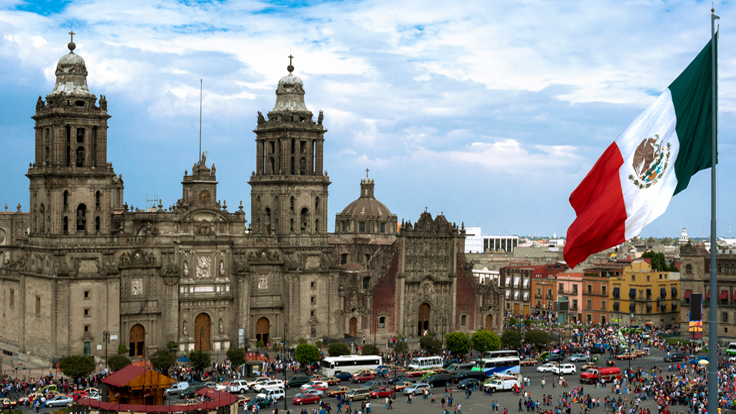 Investors are betting the country's real estate market will get a boost from President Nieto's economic reforms and the introduction of REITs, which could fuel demand for offices, hotels and shopping malls, according to the Financial Times, in an article headlined, "Mexico's red hot real estate market."

The real estate market has experienced an influx of capital since the introduction of REITs in 2011, offering investors a new vehicle to access the property market. Since REITs began trading, financial firms have raised $4.6 billion from local and foreign investors, the FT reports.

The international activity in property is a contrast to signs of a slowdown in the overall Mexican economy. After a big run-up in 2012, the rate of foreign investment in Mexican stocks fell by almost 50 percent in the first quarter of 2013, according to central bank data.

But there has been no slowdown in property deals, which often involve international capital.

Canadian real estate company Reichman International recently partnered up with REIT Fibra Uno to invest $165 million in a 33-story office and commercial tower in Mexico City known as Torre Diana. It will be meters away from Mexico's tallest building, the 55-story Torre Mayor.

Yet, some analysts remain wary of Mexico, concerned too many players are chasing deals.

"It is a limited pool of assets they can go after, so the (capitalization) rates will definitely be coming down," BlackRock's Latin American fund manager, Will Landers, told Reuters.