The Related Group, Donald Trump and Sam Zell are among the real estate investors looking to build residential housing and commercial space in Brazil, Uruguay and Colombia, the International Herald Tribune reports. 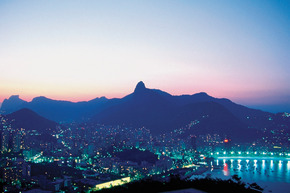 This represents something of a shift in one of the more popular industry storylines. Media reports chronicle the flow of South Americans residents purchasing property in high-end areas like Miami and New York.

Now the trend is reversing and South America is seen as safer for foreign and local real estate developers. The demographics and buying power of the populations in South America are also improving.

"Someone from the interior of Brazil, who in the past would have bought a home in Paris or New York, will now buy it in Rio," president of the Association of Directors of Real Estate Companies in Rio de Janeiro, José Conde Caldas told the paper.

Winning the right to host the 2016 Olympics and the discovery of large offshore oil finds have helped boost Brazil's investor profile, the paper reported. The average price of a four-bedroom apartment in Ipanema in Rio de Janeiro, "rose nearly six-fold from 2008 to 2012, exceeding $2.5 million," according to the IHT.

Noting the need for upscale housing in the next decade, the chairman of Related Group, Jorge Pérez, told the paper he "has an eye to the Rio market," and has created a new subsidiary, Related Brasil.

"We feel that Brazil over the next decade will have a much greater growth rate than the United States, and definitely than Europe," Mr. Pérez said.

Related Brasil plans to invest $100 million in a complex that will feature residential, commercial and retail space in the neighborhood of Morumbi.

Colombia is also gaining more global investor attention. After years of drug wars and internal strife, Colombia should see expansion with the development of a two-million-square-foot mixed-use complex, developed by Equity International as part of $75 million investment in Bogotá-based Terranum Corporate Properties, the IHT reports.

"The marketplace will begin to get more crowded, as we've seen in Brazil," the chief executive of Equity International Tom Heneghan told the paper.

Jones Lang LaSalle recently reported an increase in activity in Colombia's office market, with vacancy rates dropping in all the major cities.