According to a recent study by San Jose-based CRREC, the real estate market in Costa Rica is displaying signs of significant interest towards pre-built construction of coastal gated communities while pressure rises from competing markets such as Panama.

Costa Rica Real Estate's study contains information pertaining to market size (both volume and value), leading players, key financial metrics and an in-depth analysis in to the competitive pressures Panama holds in the road ahead. Also inside the report are growth predictions for the 2014-2015 season including trend data from a variety of reputable sources.

Only a few weeks back, Costa Rica inducted a new president and while many believe the change in power will bring economic stimulus, others remain skeptical with recent announcements from Intel and HP that they will be closing operations in the country.

Reports of increasing sales and reductions in interest rates within the real estate sector are being pointed to by many as indicators the market is witnessing an upward trend.

One agent cited in the study said, "Normally come this time of year [June] we see a drastic decline in interest from foreign investors however this year it appears to remain consistent with earlier years where sales were strong straight through."

Although the study reveals the various areas of interest to investors, it shed light most specifically on the Guanacaste region.

There are a few contributing factors that make the region strong including expansion at the Liberia International airport, a thriving luxury resort market with the likes of the Westin Conchal and RUI, and of course we have to mention a strong commercial interest with "high roller" investors coming in on the Flamingo marina and upcoming Hard Rock projects. In fact a stand out point in the study uncovered an emerging trend for low to medium priced gated communities situated along the coastal regions.

Furthermore the report delves in to defining emerging segments with analysis and forecasts of what to expect leading in to the 2015 season.

The housing market [pre-built construction] saw the most significant growth through the 2014 season which accounted for 62.35% of all real estate transactions from the period between June 2013 and now. The trend is expected to rise to a projected 65% as the market segways in to the upcoming high season. 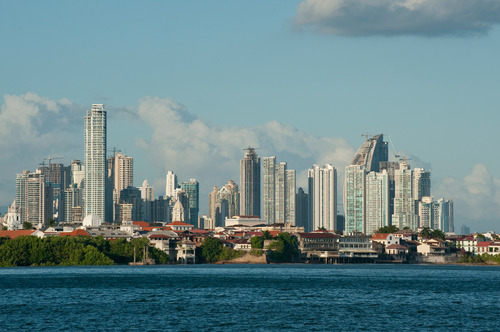 A surprising statistic unveiled within the report details an emerging trend of expatriates opting for the more progressive neighboring country of Panama. For decades, Panama and Costa Rica have fought toe to toe over tourism and the economic boost of attracting foreign investors. During the term of the previous president, Laura Chinchilla, the country experienced a step back in this direction with major corporations moving their operations to other emerging markets in Asia.

Professionals within the real estate sector in Costa Rica remain optimistic that Costa Rica can gain back some ground previously given up to Panama with the newly elected governing party. Forecasts cited within the report support the theory on growth through the 2015 season.