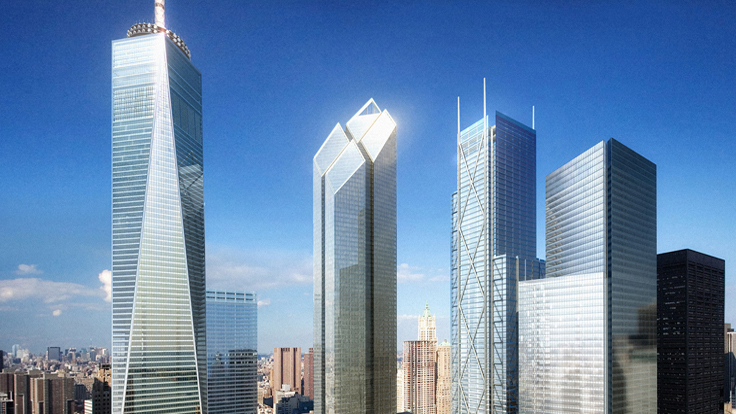 
Construction crews have topped off One World Trade Center, but the developers are still scrambling to find tenants for the 1,776-foot-tall tower.

No major corporate leases have been signed since publisher Condé Nast leased 1.2 million square feet of space in 2011, according to the Financial Times. The building stands at about 50 percent leased, with Vantone Holding's China Center and the U.S. General Services Administration among the smaller tenants, the paper reports.

One problem: Rents in the 104-story tower are higher than the rest of Manhattan. The developers are asking about $70 per square foot, compared to average rates of $60 across the city, experts told the FT.

"The developers are asking for very high rents as these buildings have cost so much to construct," Ben Carlos Thypin, director of market analysis at Real Capital Analytics, told the FT. "They can't afford to rent them for less."

But the developers remain confident. The average building in New York is 70 years old and many companies will be looking for new space soon, they note.

"There are lots of firms with leases coming up in the next five to seven years which will be looking for new offices," Jeremy Moss, director of leasing for Silverstein Properties, told the FT. "The demand is there for new office space, particularly near retail and transportation links."